So, I use Snappy-app to take a screengrab, to pop it up here…
And. This is what comes out: 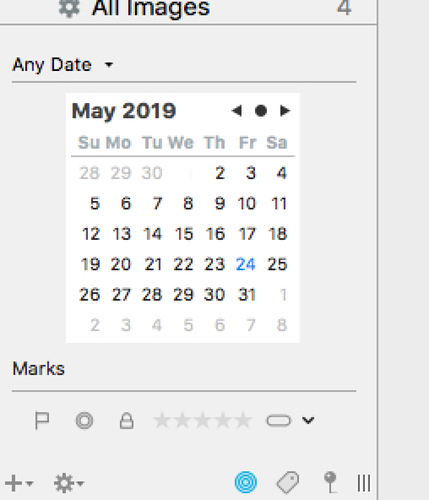 Which is, I presume, exactly what it is supposed to look like?

So now I cannot show anyone what it looks like currently – since taking a screengrab throws up the above, which is most decidedly not what I have been seeing since the beginning of DT3!

A gif to the rescue!

Do you use Dark or Light mode? And does a restart of macOS or DEVONthink fix this?

Same/similar experience here BUT it only happened for once right after the initial installation of DT3b2. After the first update, I switched to dark mode for a few mins and switched back to light mode and the side bar remains in dark mode colour scheme, switched once more and the color scheme is back to normal. Never happened again afterwards.

No and no. Still on High Sierra (blame Dragon Dictate for that

) - so stock-standard view, no dark/light.

It’s been like this since before the Beta – but I’m not using the feature at the moment, so only noticed it periodically.

Interesting… I’m not seeing it on Sierra. Does it persist after a machine reboot?

Yip. And as mentioned – I have only noticed it periodically (given how I don’t often invoke the calendar view as of yet) – and always assumed it would be fixed at some point – but it has been coming on for a while.

So there have been numerous reboots/restarts in that time – most recently, several today.

So there have been numerous reboots/restarts in that time – most recently, several today.

Glad to hear it! Sadly, some people think there’s a prize for running their machine forever without rebooting.

We actually suggest you reboot your devices at least once a week, just to be kind to them.