Archiving in DT works well (certainly with Apple Mail), however if set to import mail from the Archive folder it only picks up one side of an e-mail conversation. Is there any way for DT to import entire threads?

Did you enable the option in Preferences > Email to import complete conversations?

I have, but only the e-mails I have received seem to be imported, my replies are all missing. 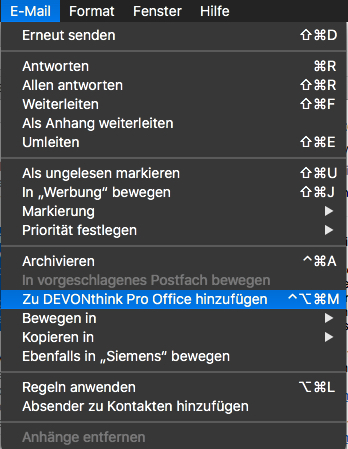 Does it make a difference if you import the same messages via File > Import > Email… in DEVONthink Pro Office?

no, same result.
even if i try to import a complete mailbox, (tested both ways: starting in apple mail and devonthink) only the incoming messages will be imported. not the complete conversation.

I have been importing from within DEVONthink rather than mail