I’m trying to create an Automator folder action so that any image files I drop into a specified folder are converted to JPEG then imported to DTOfficePro.

However, it does nothing when I drop an image into the folder! When I take the two Devonthink commands out — ie. just have the folder converting my files to JPEG — it all works fine! Which is very odd, as I thought it would at least implement the first step.

The other curiosity is that when I run the action in the Automator app (I have to add a “Get Selected Finder Items” action at the start) then it all works fine. 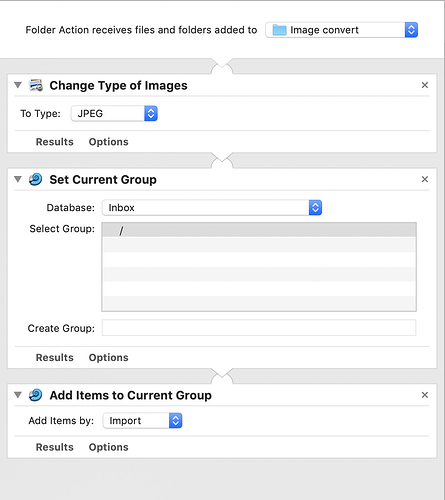 What version of DEVONthink are you using?

In Automator the DEVONthink scripts all show Version 2.0.