On DTP 3.0.3 I keep deactivating a custom metadata field (by un-checking it in the pref pane) and it reappears some time after. I cannot tell exactly why/when.

Is it one of the default fields or one added by you? E.g. importing items (also via sync) that have such a field might reenable it, just like scripts might add add custom metadata definitions if necessary.

Do you use multiple Macs? And what did you exactly deactivate?

Only one mac, and DTTG.

I had created a “Language” custom metadata, yet since it already existed as “normal metadata” I deactivated it.

In case of only one Mac the synchronization shouldn’t be an issue as DEVONthink To Go doesn’t support this yet. Does a certain action cause this? A screenshot of the deactivated metadata might be useful.

Here you can see the “Language” custom metadata that keeps reactivating itself. 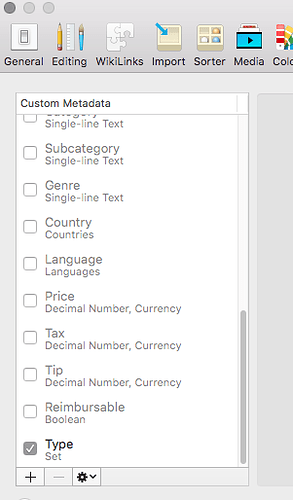