DevonThink and DevonThink To Go - Syncing with Audio (RTF)

So I ran into a somewhat weird issue recently. I’ve been making it more of a habit of recording meetings I’m a part of, and saving the notes and audio files together. I’ve been using RTF files (RTFD to be precise). On the source Mac, I have the audio file attached, and it can be played just fine. As in, the controls are there.

This particular database I synchronize with an ipad and other Mac though. On both the ipad and the Mac, that audio file isn’t playable in the same way as the original editing Mac. On OSX, the controls don’t appear at all. I can right click on the file and select “Quick Look Attachment”. This does allow me to play the audio, but, on a single monitor this is now an issue because it floats above edits. So, in this particular case, I want to listen to a meeting I recorded and type up the actual notes.

On the IPAD it’s even worse. There, the attachment does show up, but long pressing on it doesn’t do anything. Clicking on it does nothing, etc.

This kinda turns partially into a feature request. I think the way that OneNote does audio in meetings is really quite good. A way have it part of the document, but separate in some fashion. I could get around that by having the audio separate from the notes, maybe as an indexed folder, then put a devonthink link to the audio from the notes. Still, I presume that clicking on that would act the same as other links in DevonThink do and that’s open it up in the current window (navigating from the current document). Often times I like to have the notes and audio tightly coupled together, enough so that I can read over my notes while the audio is playing. Without having to open the current document into a new window, click on the link, start the audio, then switch to the old window. Which is how I think the indexed folder solution would entail.

Don’t sync it to DTTG. Sync it in a database only Mac to Mac (assuming they’re the same operating system). Does it work as expected then?

Also, OneNote is not using RTF(D) files. Just an FYI.

Playing with this a bit more, thinking it may have something to do with my version of OSX, or how Rich Text is displaying.

So my version of OSX that has this issue is 10.13.6, and the one it works on is the 10.12.X version. I found when dragging an audio file to this client, it also didn’t work. So it’s not the sync specifically, but the lack of controls shown. I’m including a screenshot of what it looks like on this side. 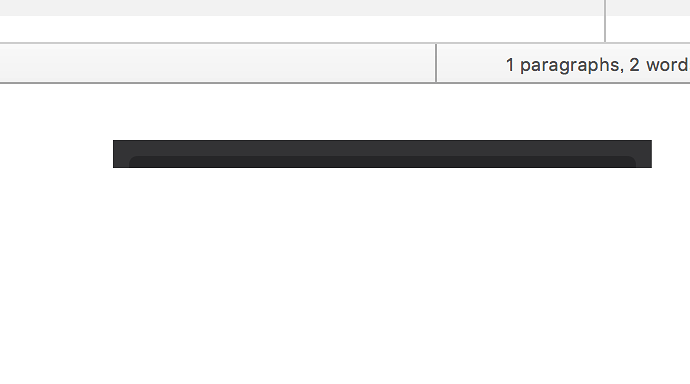