by default, installing DEVONthink will also create a folder called “Inbox” in your finder sidebar (See screenshot). This is accessible from all “save” dialogues. 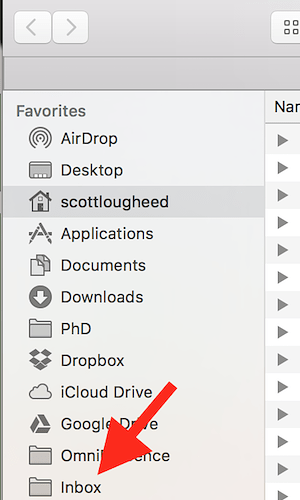 Saving a file in this “Inbox” folder will result in the file being added to your Global Inbox in DEVONthink.

Saving a file in this “Inbox” folder will result in the file being added to your Global Inbox in DEVONthink.

I have been asking myself the same question and before posting it here I searched after the answer and saw yours. The thing is, I just don´t the folder in my finder. Not even if I want to addapt my side menu, please see screenshot. Do you have any idea of what the problem could be? I would be really greateful since this is so annoying. 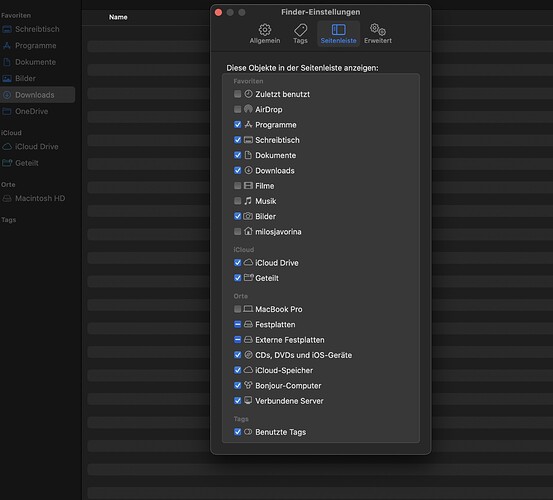 Replying to myself, I have restarted my Macbook and it worked! The folder is there. Perfect!

Excellent. For benefit of others who might forget, the request to install is on the Menu: DEVONthink 3: “Install Add-ons” dialog box.

Glad you found it and note, we suggest it’s a good idea to reboot devices once a week. It can usually help keep things running smoothly.

What are the implications if i don‘t do it? Macbooks (especially the new ones with apple chips) are so created that they don‘t need to be restarted at all. Well, this is as far as i know but correct me please.

That’s a bit of a myth and the re-booting process really has nothing to do with the chip. Technically, it’s about cleaning out the “crud” (technical term) that the operating system leaves around. You can probably read both sides of the myth on the 'net. Me … I re-boot every so often. Sometimes I even go so far as to power-off my devices if it will be a while till I get back to them! And I close down DEVONthink when not needed so it can do its own cleanup after itself (as it does), say adding the Global Inbox to Finder.

Macbooks (especially the new ones with apple chips) are so created that they don‘t need to be restarted at all.

You’d be surprised how often I have to restart e.g. an Apple TV which should be really designed to run all the time. And it’s almost the only trouble-shooting solution suggested by Apple.

Well i am not using apple tv but it is really not great to hear it. I am totally into apple and love how everything synchronised is. On the other side it is ubelivable how something so costly can be troubleshooted only if you restart it.

Thank you for an additional explanation.