Howdie. I wanted to send some files to DT3 and I thought I could drag and drop on the menu bar icon, however when I do this nothing happens. The menu bar actually does not even reveal itself. Not sure if this is a Mac setting or a bug in DT3.

When you drag files to the menu bar, does the cursor hover over the Sorter icon? See the example video below:

No. The menu bar never reveals itself. I wonder if it’s a setting on the Mac? My menu bar is hidden until the cursor moves near it, but it won’t reveal itself when I try to drag a file to the sorter icon for DT. Frustrating. Any ideas how to check if it is a Mac setting. I went into system settings and could not see where that setting may be. At least not obviously anyway 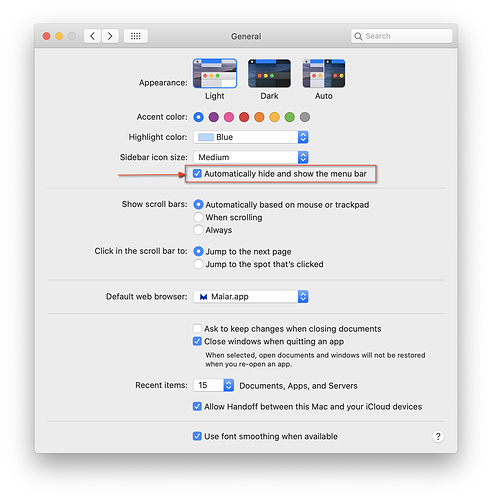 Thanks @BLUEFROG that did the trick. Works as expected now.