I have .ds2 files which are created with an Olympus dictation device

If I move a .ds2 file into DT3, it appears and then instantly disappears and is moved into a folder associated with the Olympus DSS Player app

I cannot locate an Automator action for .ds2 files or a setup item in DSS Player to disable this

Where/how would Olympus have configured macOS to act on this filetype and how do I undo that automatic action?

Did you move the .ds2 file into an indexed group? What’s the path of this group?

The group is not indexed. I did, however, have a smart rule at one point used to move imported dictation files. I deleted the target Group and forgot about the corresponding smart rule; that made the Smart Rule react more globally - I went to edit that rule and got this alert. Sorry to bother you. 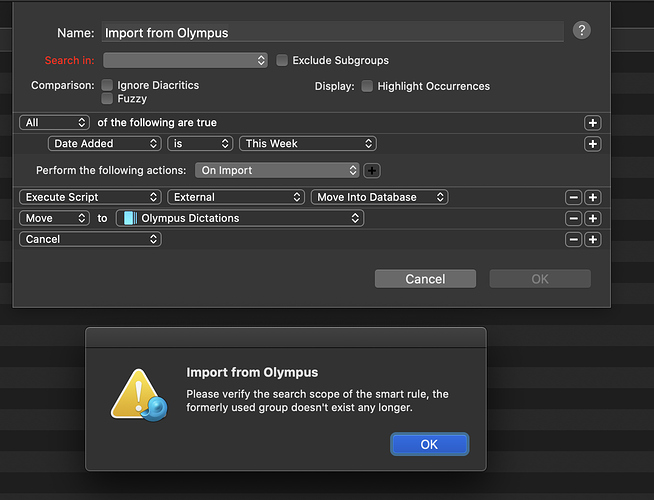