Hello.
I have updated my iPad to iPadOS 16.1 and then installed DTTG. Now I have observed the following:
DTTG now uses the entire memory space although I have not downloaded the files in DTTG.

On the other iPad with Ipad OS 15.7 only the memory is used that is really used for downloaded files.

Do you use the same settings on both devices? Maybe files are downloaded on demand on one but not on the other.

Yes, same settings. Both iPads are configured to download files only when needed.

What kind of sync location did you use to import the databases to DEVONthink To Go?

Did you check whether all files have been downloaded on the iPad although they shouldn’t be? That would explain the used disk space.

Hello.
I have now reset my iPad to 15.7 (the ISPW is fortunately still signed by Apple) and reinstalled DTTG. Synced a database via Dropbox, set the download to “on demand” and downloaded only one file of about 70KB. According to the memory overview DEVONthink needs 375MB of data, which is the total size of the database. But there are no files downloaded …

If I now select another database (with about 30GB), DEVONthink synchronizes (still ON DEMAND) until the iPad memory is full (32GB version only) and then aborts with the message "insufficient memory 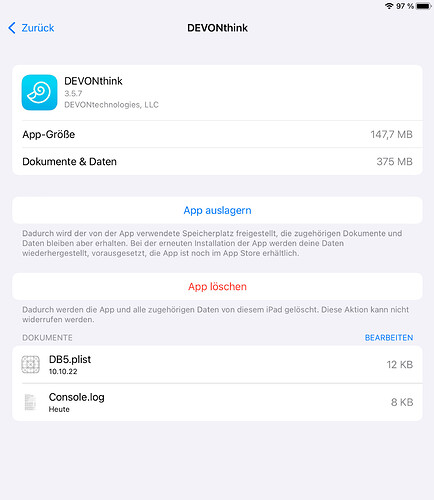 Could you pls post a screenshot of where you are setting the database to “on demand”? 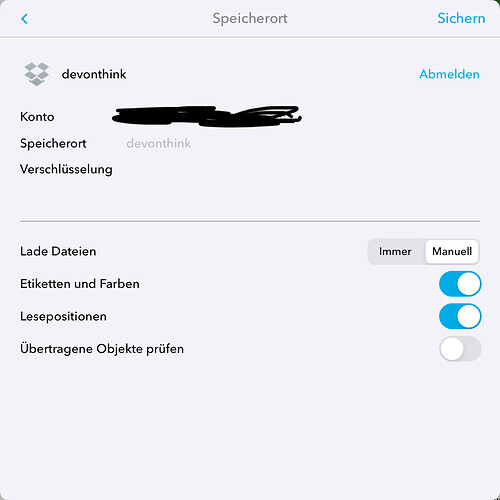 Could you please long-press on the name of the database in question in the main DTTG window, select Info and make sure that the setting here is also “Manuell” rather than “Immer”? 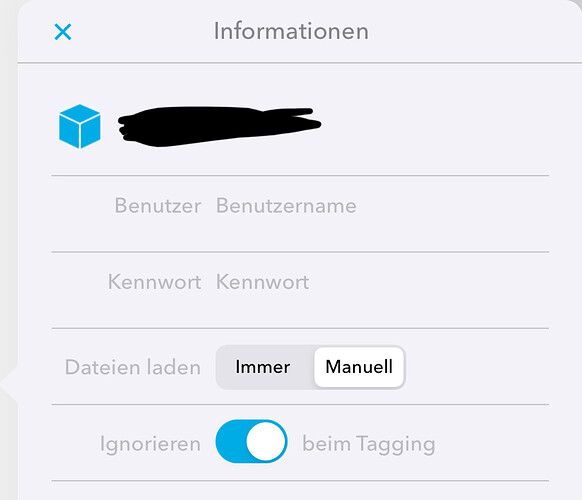 After a clean install of iPadOS 15.7 and DTTG 3.5.7, I synced 2 databases with 28.25 GB via Dropbox. The sync settings are clearly set to “on demand” and I did not download a single file.
The memory consumption according to iPad storage info is 10.25 GB.
This makes DEVONThink unusable for me on the iPad, as my total databases are about 200GB. 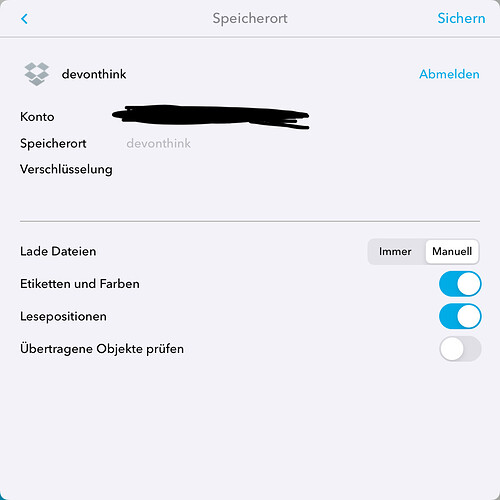 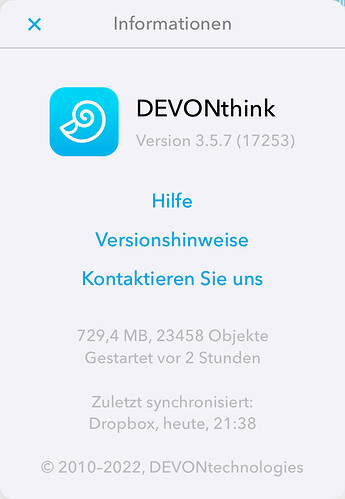 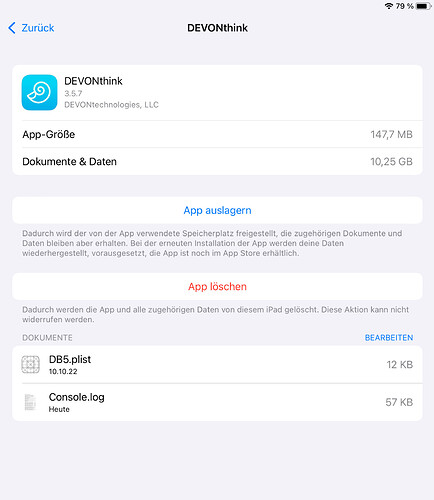 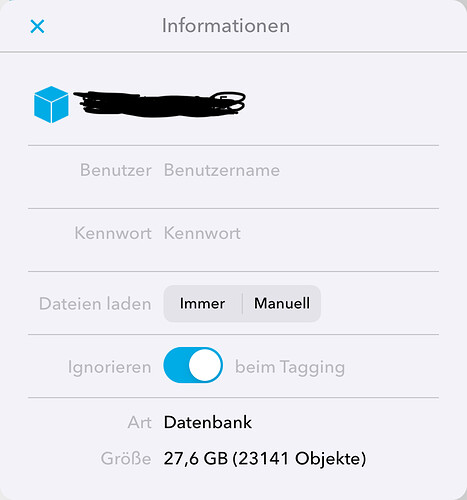 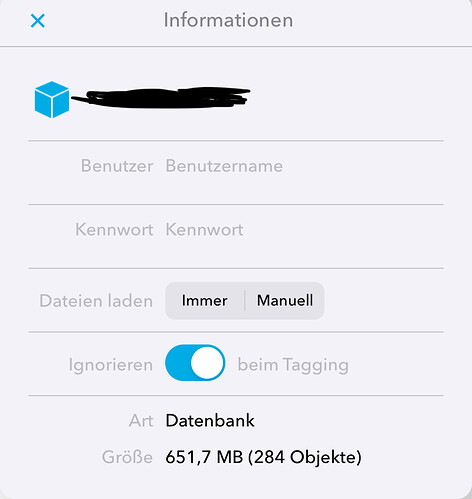 And now, after 10 minutes, the memory consumption drops to about 760MB. This is probably a bad joke.

But that doesn’t help me much when large amounts of memory are consumed during the first sync, so the sync often doesn’t complete because the memory on the iPad is used up before finishing. 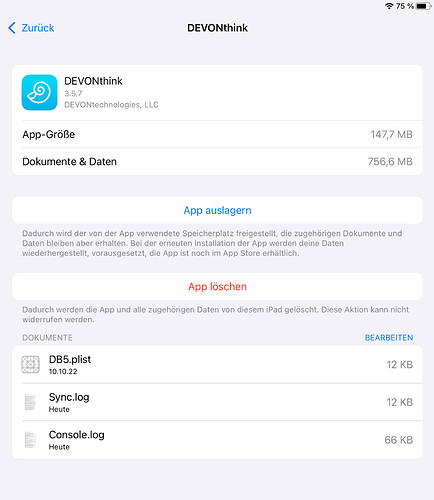