So to summarise: I have an astronomical group count and weird visibility issue with this specific DTTG database. I’m using Dropbox to sync between desktop and DTTG. I have several other databases, but only this has this behaviour.

Since, probably the best way to solve this issue is to delete the database, and resync it from Dropbox – I would pre-emptively like to get a step-by-step guide for this. I’ve already once by accident happened to merge two different versions of the same database and it was a mess. 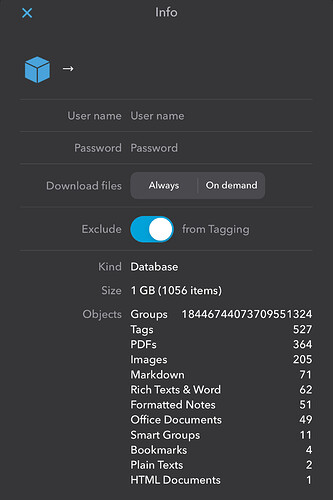 On DEVONthink To Go’s databases screen, select ? > Contact Us to start a support ticket. Thanks!