DTTG Syncing Options are so confusing

Even after reading some of the tips on how to get sync set up it, I wasn’t able to sync with any of the services available. I consider myself to be pretty tech savvy, and from my experience regular users will not be able to figure this out.

I was only able to sync my databases via Wi-Fi.

The first thing I tried was setup syncing using Box. I logged in into my account, but there is no real way to know if you’re in or not. After I logged in with my credentials the app took me back to the syncing options then 2 minutes later I woulnd’t stop getting Box verification codes. Here’s the frustrating part, the codes were 12 characters long, I had to go back and forth to be able to type the code because I wan’t able to remember the whole thing, the problem was that the code refreshed every 15-20 seconds, to make things worse, DTTG didn’t prompt an option to enter the verification code. I had to block the number the verifications codes were coming from because my phone wouldn’t stop ringing.

Then I tried setting up Bonjour and that also went pretty bad. I kept getting messages saying that the server was busy and I don’t know what else. Finally I was able to sync using just Wi-Fi, I have no clue how, my databases just appeared on my iPad and I synced.

Perhaps I am not as smart as I thought I was, however, I’m probably no the only one having these issues. Some tutorials would be helpful. 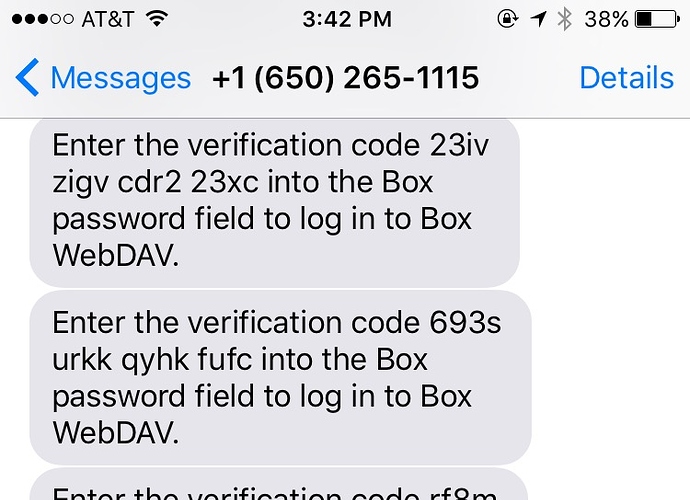 Totally agree with this.

I too regard myself as being reasonably tech savvy but am seriously confused by all the arcane DTTG options and settings for syncing and the obscure explanations in the Help file. In the previous version it was easy to setup a direct sync by simply putting the relevant items in the Mobile Sync folder on the Mac. Now apparently I have to sync my entire database ?? and - at least as far as I can tell - am not able to select just one group cq folder for syncing to my iPhone.

Now apparently I have to sync my entire database ?? and - at least as far as I can tell - am not able to select just one group cq folder for syncing to my iPhone.

Out of the box you cannot Sync part of a database in DEVONthink To Go 2. You have two options for Syncing an entire database: Contents and metadata or Metadata only. Metadata only (which we call a “shallow Sync”) is only available with an in-app purchase of the Pro Pack (see DEVONthink To Go 2’s Settings > Manage). You set can Download Files to Always (a full Sync) or On demand (a shallow Sync) for a Sync location, an entire database, or individual groups in a database.

I am sorry but I disagree with you. I am using Dropbox sync and not Box, but in my experience it could not be simpler. I am so happy with this new version and it has been working flawlessly since I set it up.

Now the old DTTG was complicated but this is fairly simple. Just type in your password and a password for encryption.

but in my experience it could not be simpler.

Well… maybe it could be but it would be hard to make it simpler.

I am so happy with this new version and it has been working flawlessly since I set it up.

We are very glad to hear it. Thanks for the kind words of support!

I’ve been on a work-related hiatus after posting my troubles with syncing about a month ago. I’m about to post an update. For now just quickly:

I was not able to make it work with Box. It always got stuck after working for a fraction of a day. After that, only logging in and out of the web interface of Box made the sync go. What’s worse, once this problem started holding up the cloud sync, the Bonjour sync(s) also got stuck, so nothing worked anymore. Apparently, Box works for other users (but the issue I had was also reported by others).