Duplicates not coloured in DT 3 although checked, in prefs

Duplicates not coloured in DT 3 although checked, in prefs. To be sure I copied twice the same item into DT3 and the two copies don’t appear as duplicates (And I know I’ve got plenty in my Databases…)
What is it I’m not doing properly.
I looked into the different helps and couldn’t find any hint…
Thanks

A screen capture of the prefs and a duplicated item would likely be helpful.

The prefs are OK I think, see attachment. However I copied twice a simple file and these showed as duplicates and were processed by the scripts available, I’ve got in the base other files that should be marked as duplicates but they don’t, and I don’t use the strict recognition…
Would a complete rebuild of my database help in this ? 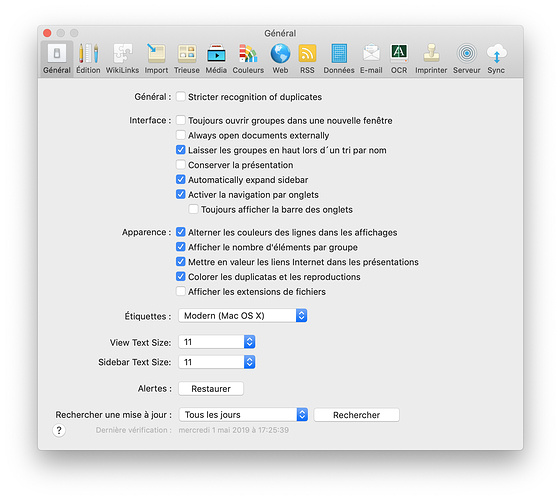 The preferences seem to be correct. A screenshot of the main window would be useful. In addition, what kind of file did you import? If it’s one that can neither be indexed (no text content) nor thumbnailed then the duplicate recognition doesn’t work. 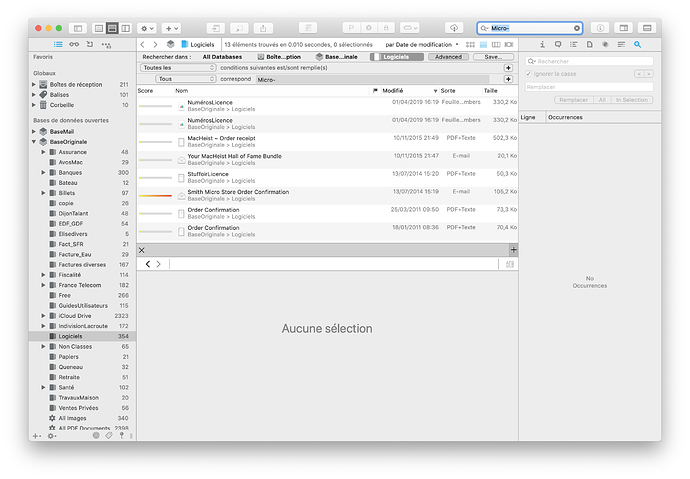 Word count and words are identical in the two documents: 1461

It’s not only when searching…
It’s also not highlighted in the normal window
I copied twice the same test file.rtf and it is highlighted…when the other example is not… 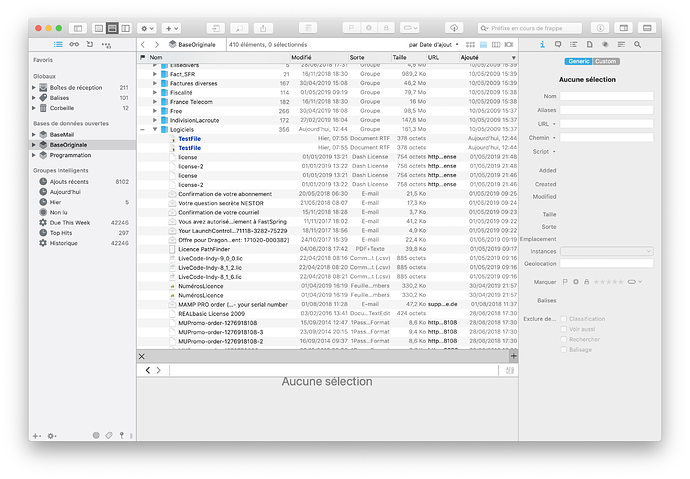 If the files have a word count greater then 0, could you please send some examples to cgrunenberg -at - devon-technologies.com? Thanks! 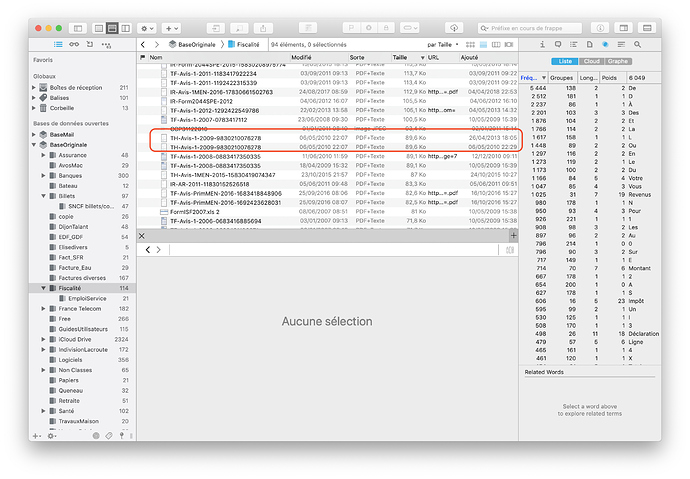 I’ve rebuilt the base and now duplicates are showing the way they should…
I have recently changed my Mac and “transferred”. the bases, maybe some corruption happened then…

Thanks for looking into this with speed

Maybe the files were imported using different macOS versions. The results of the PDFkit might vary then and this would explain your issue and why I couldn’t reproduce it.

They were other types of files than pdf concerned,
I think that the base was slightly corrupted in some way.
It’s now fixed, thank you again for your help