I’ve had luck exporting large groups of notes from EVERNOTE to DEVONTHINK, which is EXCELLENT. I choose ENEX format and it exports to the finder. Then I drop that single file containing many, many items into DevonThink, and the individual files appear in the DevonThink database.

However, they each come in a folder that ALSO contains a HTML file. Any way to eliminate that extra file? I tried de-selecting “Source URL” in the export menu. but to no avail.

There is no option to disable this. It’s just a product of Evernote’s export mechanism.

I will try that script - it’ll also force me to learn about deploying scripts in DevonThink.
Thanks!

Consistent with my ongoing struggles with this software (it’s freaking magic - - but also the most frustrating tool I’ve ever used), I cannot figure out how to use my new “Clean Evernote Imports.dtSmartRule.”

For one thing - I installed it three times accidentally. Need to get rid of the dupes if someone can tell me where they are stored.

Second, I am selecting the folder created in DevonThink, and also tried selecting ALL of the folder’s contents, and applying the “Clean Evernote Imports” rule to no avail.

To reiterate: I’m dealing with imports from Evernote that include a created folder that contains an HTML file with the CORRECT title, and a PDF file that consists of a series of numbers (unlike this example that I copied from elsewhere, where the title is CORRECT on the PDF): 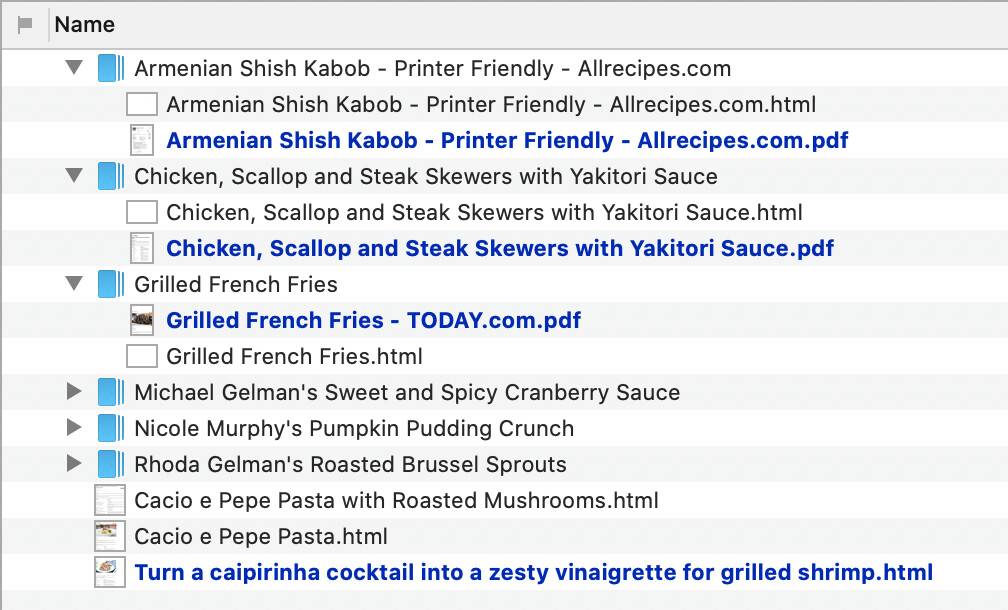 I imagine there is some easy fix I’m missing.