Feature request: shortcut to capture (part of) the screen

It would be really nice to add a keyboard shortcut to capture all or part of the screen via the sorter.
Remembering the previous choice (screen, window or selection) or creating a shortcut for each choice would be an added bonus.
I find the current way of doing things a bit tedious…

It would be really nice to add a keyboard shortcut to capture all or part of the screen via the sorter.

Hi @filou53, I use myself the following workflow:

I myself do not use the DT Sorter. I always put my screenshots (Area or App Window) in a note using a shortcut (red arrow). 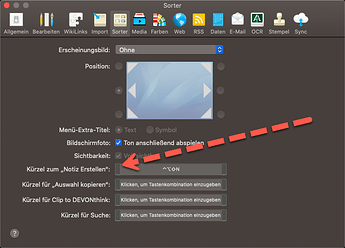 The advantage for me is that I can add a note, tags etc to the screenshot and also select the appropriate folder in the database right away.

For execution I use a Keyboard Maestro macro and so that I don’t have to remember shortcuts, a BetterTouchTool gesture with the mouse.
The linking of the Safari page etc. I create with the app Hook. Here is an example video:

Nice alternative.
Thanks for the demo.

This is already available and has been since version 3.7.

From the Release Notes… 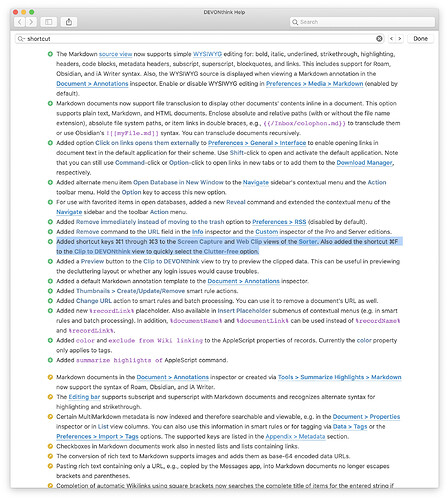 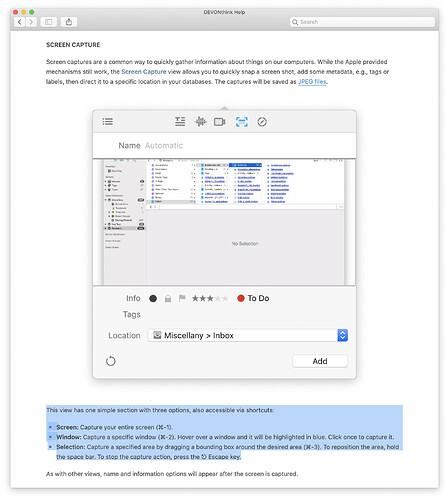 Thanks for the demo.

@filou53 you’re welcome.
I have improved my workflow a bit, because the font in the note is very hard to read. It’s probably a bug in the dark mode. 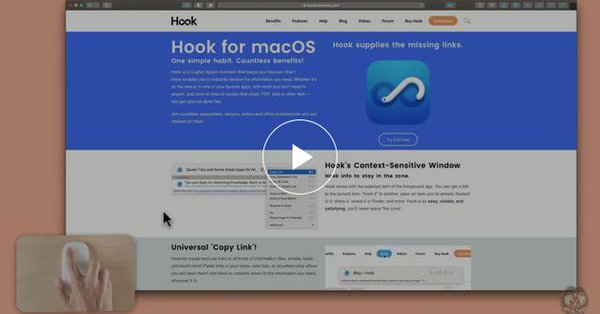 @myapfelworld
I collect important screenshots in #DEVONthink by @devontech. For this I use the global note With @keyboardmaestro, BetterTouchTool, @TextExpander & @draftsapp I created the optimal workflow for me. For linking I use @HookProductvT 🤩 #tw2021/2 🎥 👇 https://t.co/CYfwpYW7He
filou53 August 7, 2021, 3:16pm #6

Arrrgggllll … I did’nt see it !
Thanks a lot.
Btw Is there a shortcut to the Sorter ?

btw are you satisfied with Hook?

Any shortcuts available for the Sorter are set in Preferences > Sorter.

So as far as I can see, there is no shortcut for the sorter itself?

All those four options pertain to the Sorter.

btw are you satisfied with Hook?

@filou53 yes, I am very happy with the Hook app.
The developers have very good documentation (tutorials) on the app and more apps are being added.
The current beta indicates that an iOS version is coming.

Then the linking of files etc. becomes really good.

@appleianer
Thanks for the return of experience.
Which version did you choose? The Pro or the Essentials (with access to the scripts) ?

@BLUEFROG
Thank you but sorry, I think I didn’t make myself understood
(I’m a French speaker).
What I would like is to be able to take a screenshot (in JPG or …), from anywhere in DVT (and even if possible outside), with a direct shortcut.

No worries and your query was understandable.

Development would have to assess adding these options.

I use the Apple-supplied screenshot.app found in the /Applications/Utilities folder. I activate with Shift-Cmd-5, then size what I want to clip, then save it to the DEVONthink Global Inbox. I think that achieves what you want.

Further, I have a rule which watches for images files incoming and they are automatically converted to PDF with OCR.

@BLUEFROG
Thanks in advance

Which version did you choose? The Pro or the Essentials (with access to the scripts) ?