I’d like to make a feature request for the next version of DevonThink. The idea comes from the Ulysses app. In Ulysses, if you select multiple items the document area will show all of the selected items separated by a dash-line. I’ve attached a screenshot to give you an example (ulysses example.png). In DevonThink, when I select multiple items the document area simple tells me how many documents I’ve select (see devonthink example.png). Something similar to what Ulysses does would be a great addition to DevonThink. Thanks… 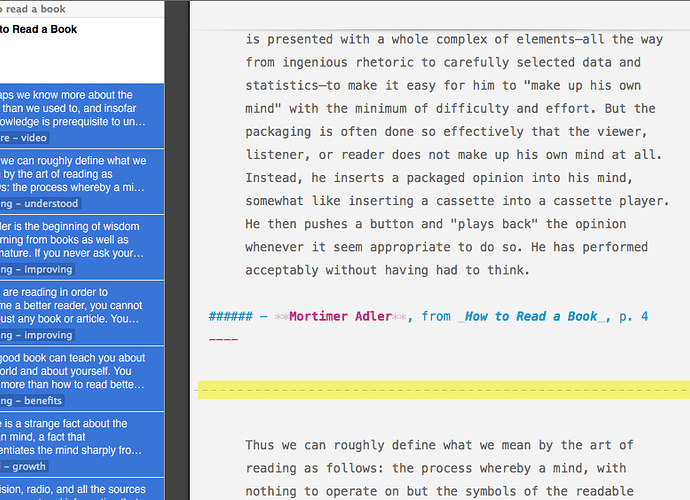 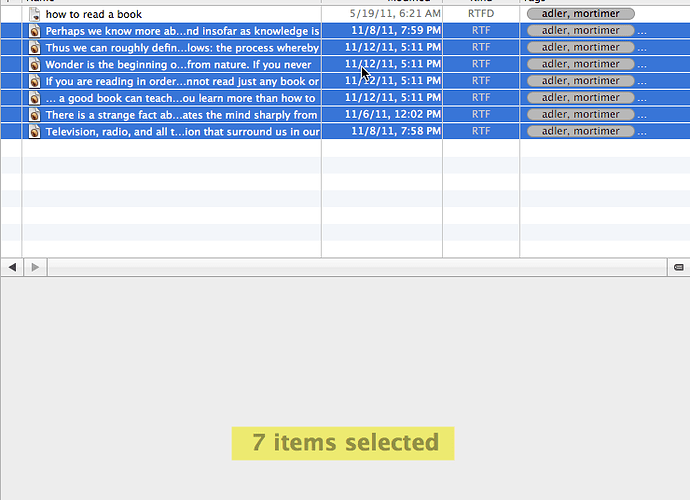 This has been suggested many times over the years. The question is: what happens when the selected documents are (in any sequence) a PNG + a webarchive + a bookmark + some RTF documents + a markdown document? How should DEVONthink display that mélange?

These kind of views work in Scrivener or Ulysses because in those cases there’s only one type of component – rich text (usually the case in Scrivener) or plain text (usually the case in Ulysses). On the other hand, DEVONthink will display the content for any kind of document that has a Quick Look generator installed on that machine but there’s no underlying technology in OS X that merges Quick Look previews seamlessly into a single pane.

Not saying the idea isn’t good, but the method to achieve the idea is lacking in OS X.

You have a good point! I’m not a developer so I cannot begin to suggest how to accomplish my request. However, from a user’s perspective I would suggest this: