In DT3, the format bar for RTF documents is oddly placed. Instead of being above the document itself (as in DT2), is now sits right below the main tool bar and above all documents. This makes it disconnected from the document that it is modifying.

As a heavy user of RTF files, I was wondering:

It’s a feature of macOS and unfortunately a black box - absolutely nothing’s customizable. In the long it’s more likely that the editing bar will be enhanced.

I figured that was the case, making it impossible to merge with your editing bar.

But could it at least be moved back to its original DT2 location in the document window?

But could it at least be moved back to its original DT2 location in the document window?

While this would be possible, there are actually no plans to revive former features. Instead the new features will be improved (and of course bugs fixed).

Sorry if I’m not being clear. I’m not asking about reviving a feature that was removed, just having an existing feature moved back to its original (DT2) location.

This shows the format bar’s location in DT2 and where it was moved in DT3beta: 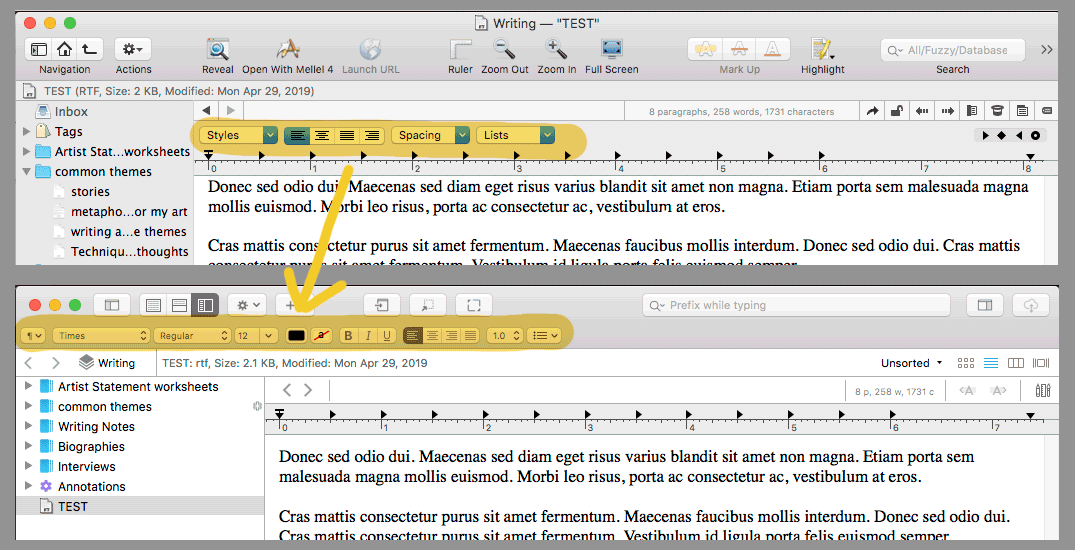 It’s not even possible to change the location - see above, it’s really a black box.

OK, thanks for confirming.