Some items like lists aren’t supported in the Formatted Note editor. However, you should see a T above the keyboard for some formatting options. You should see a popup on a selection when editing text. 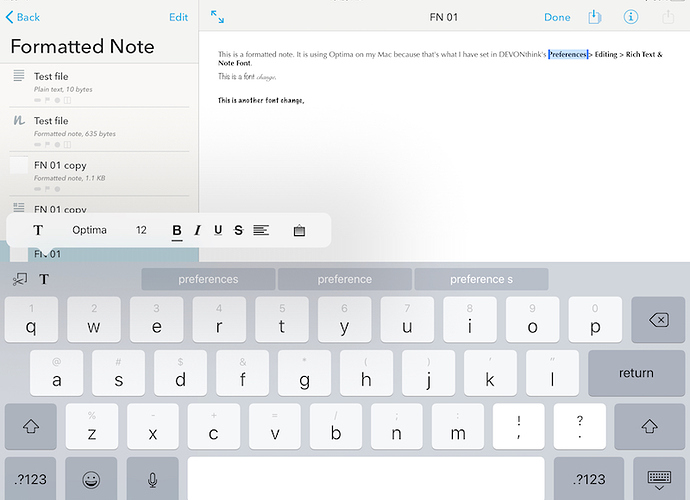 The formatting bar isn’t available in the New Document Assistant. I can file a feature request.

OK. Thanks. But, then, where is it and how is it accessed?

When you access a save Formatted Note. You are showing the New Document Assistant with an unsaved file.

Negative on a format bar for a saved formatted note, also. See attached.

Plus, seems kinda cart before horse not to be able to format a note as it’s being prepared. 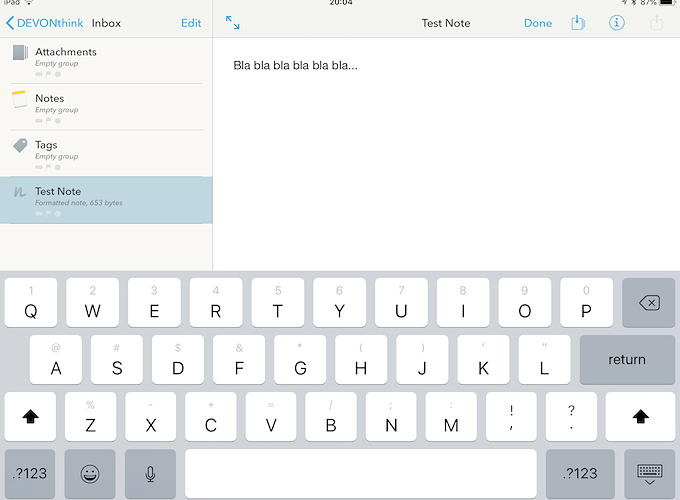 You must have iOS Settings > General > Keyboard > Shortcuts turned Off. 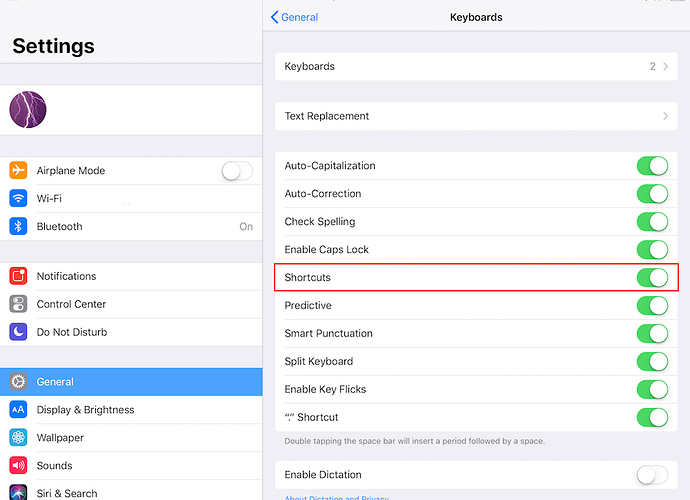 And FWIW I often find it essential to be able to take notes in bullet list format. So, look forward to that feature being incorporated at some point.

No problem.
Have you considered using Markdown?

Never used markdown. Maybe should give it a try. Does it work with new text notes in DT to Go? What about with the desktop notebox window in DTPO?

In the mean time I’ll stick with Apple Notes for creating new notes, and import into DT.

Markdown is uspported on both Mac and mobile editions of DEVONthink. It’s a plaintext format, so it’s easy to write and concentrate on the content. It is viewed in rendered HTML, so you get a similar look as Formatted Notes / HTML files. You can also control the look by using CSS styling, if your’e so inclined.