Recently I have noticed an odd graphics glitch using DTPO. I’ve attached files to illustrate the glitch in action (I couldn’t seem to upload a short clip, the pics are meant to be viewed in numerical order). As I hope you can gather from the pics, when I change the focus from the PDF to the Excel sheet, something very odd happens. Originally it seemed to occur only when shifting focus to a .xls file, but recently I have begun to see this glitch when shifting focus to .eml and other files. The glitch is brief but very noticeable.

I am using a mid 2010 MBP 13", running the latest versions of DTPO and Yosemite with 8GB RAM, and I have no issues with RAM that I can detect. I have opened a support ticket on the issue, and am posting here to see if anyone else has noticed this, and whether they might have an idea as to how to rectify things. This issue is not preventing me from using DTPO, but is quite distracting. 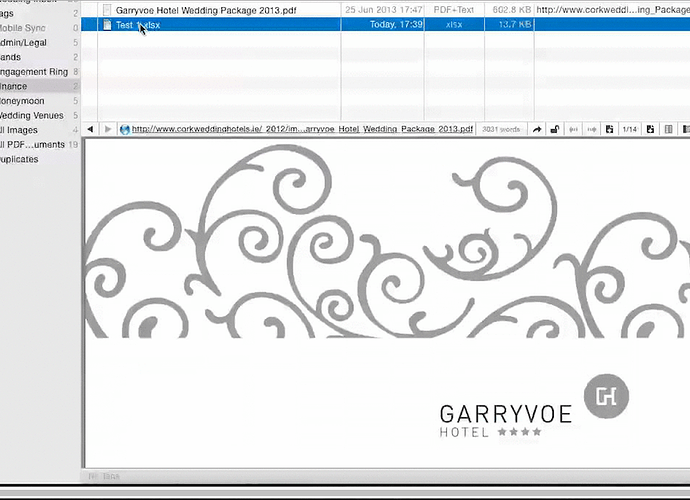 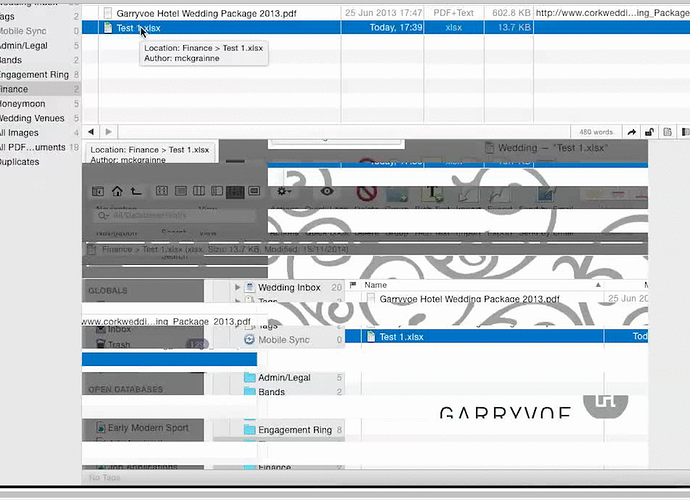 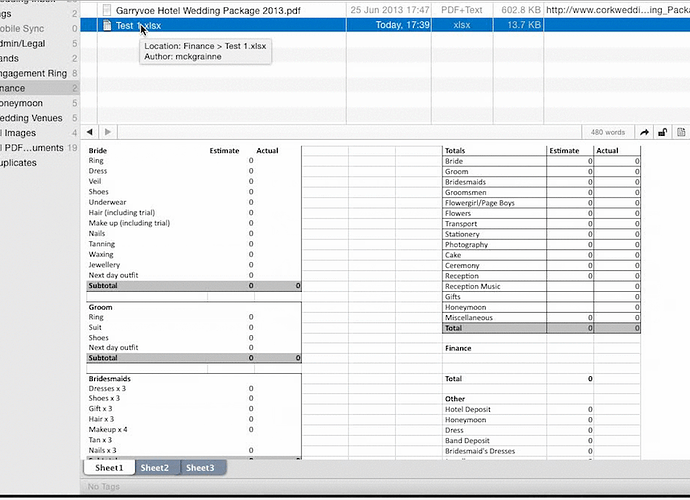 Might be a cache issue related to QuickLook. Quit all applications. In a terminal window use these two commands:

Reboot. If the problem persists, try booting in Safe Mode, and then rebooting normally.

Thank you very much for the suggestions korm. I followed them all, and unfortunately the problem persists. It might be worth pointing out that this problem occurs in all of my databases, and occurs only when shifting the focus to .xls, .xlsx and .eml files. It doesn’t matter what type of file I am shifting the focus from.

I have seen this in DT and other third party applications which leads me to think its a system level ui/quicklook issue that isn’t directly related to DT.

Seems to be a glitch of Quick Look on Yosemite, the next maintenance release will include a workaround.

Thanks for the update Christian, much appreciated.