having trouble creating a smart group

Hm, how can I do this? I want to create a smart group that catches both groups where the name includes “Suppliers” (and their contents), AND loose items in any other group whose names also may include “Suppliers”.

Can’t seem to be able to catch both. I thought “Any item” in the filter meant groups as well, but that does not seem to be the case…

Could you please post a screenshot of your smart group? Thanks! 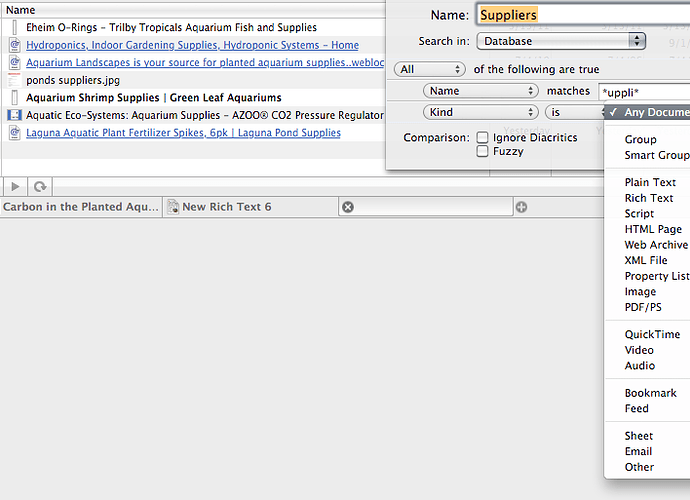 By removing the “Kind” condition everything containing uppli in the name should be returned including documents & groups.

I removed the condition, but it still is not catching the regular folder named “Suppliers” - see the new screenshot below. 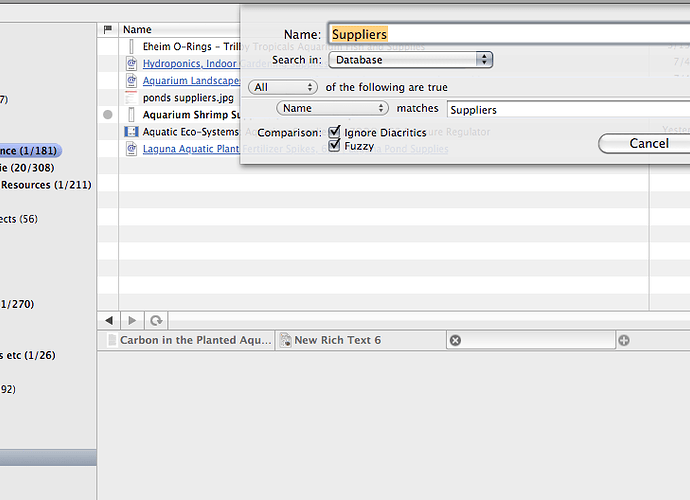 Another possibility is to use another view (e.g. split or columns view).

Christian - I got it. Using the split view in this situation works well for me - thank you so much!!