Having trouble figuring out ix100

I installed Catalina without thinking about the ramifications. Okay. So, my older ScanSnap Manager and S300M will not work. So, I bought an ix100 which is all I really need anyway. I have added Devonthink 3.x as an application in the ScanSnap Home menu. But, when I go to scan a document it doesn’t open DT as I became used to. Is there a step I am missing? 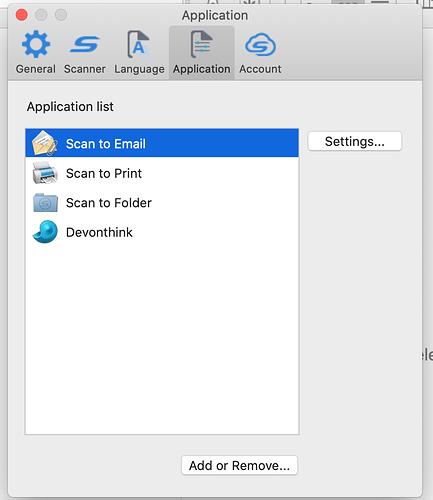 Did you set up a profile pointing to DEVONthink 3 as the Output to application?

Are you running DEVONthink 3 Pro or Server?

I don’t think I took that step. I will try that. I am running Devonthink 3.0 not Server.

Okay. I did that and pointed to the Devonthink Application. Scanned a page, but it doesn’t open DT or appear in the inbox? I must be missing a step.

This is where I am stuck. The only option seems to be to save to Devonthink folder which is not what I want? Am I trying to do something that isn’t possible. 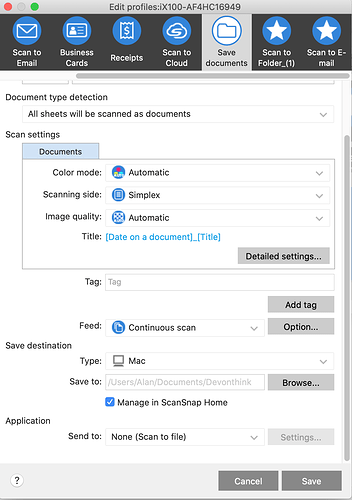 As I mentioned previously…

pointing to DEVONthink 3 as the Output to application?

You haven’t done that. 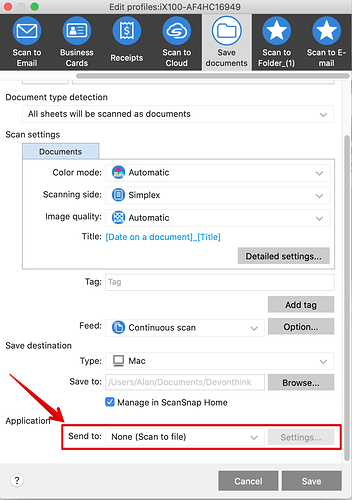 Thank you. I noticed that after I sent my first reply. So, I have it right now. Thanks for your help.