Noticing that the size of my database increased dramatically, I took a peek in it’s Package and noticed that a large folder full of PDFs, which was supposed to be indexed, is full of copies of these PDFs. In other words, the folder was imported, instead of indexed. Am I missing something?

With due respect, I have been using DTP long enough to know the difference between indexing and importing. As you can see from the screenshot (notice curved arrow icon), the folder called Attachments was indexed (and subsequently synchronized). At some point later (probably after the synchronization), some (but not all) of the files were copied, instead of being synchronized (see right column). At no point did I import any files into this folder. 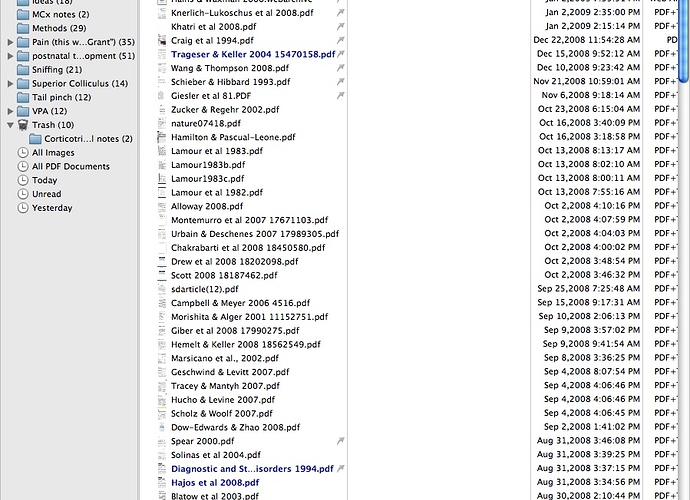 2.0 candidate release 3.
I have now (using the public beta 2R3) deleted the entire folder, and re-indexed it. So far so good. Will let you know if this recurs.