Where is the correct location to keep DevonThink Pro Office script? The problem I have is that my scripts locations seem to be in a bit confused as comparing the two images below may indicate.

Fig 01 is of where I thought they were all kept; Fig 02 is those which actually apear in the DTPO script menu. Please note that there are no scripts whatsoever in the folder “DEVONthnk Pro”.

So really two questions, (1) Where should the scripts be?, and (2) Why do they not all show up when I am working in DTPO? 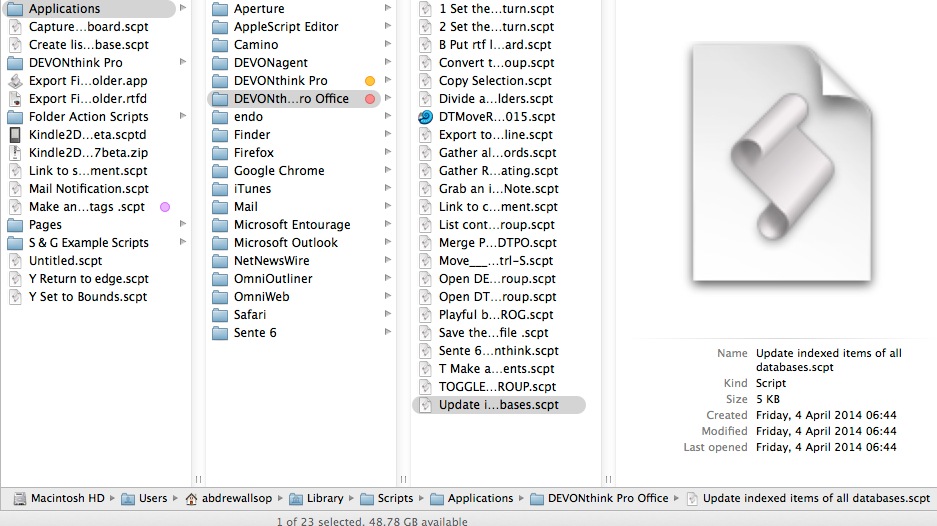 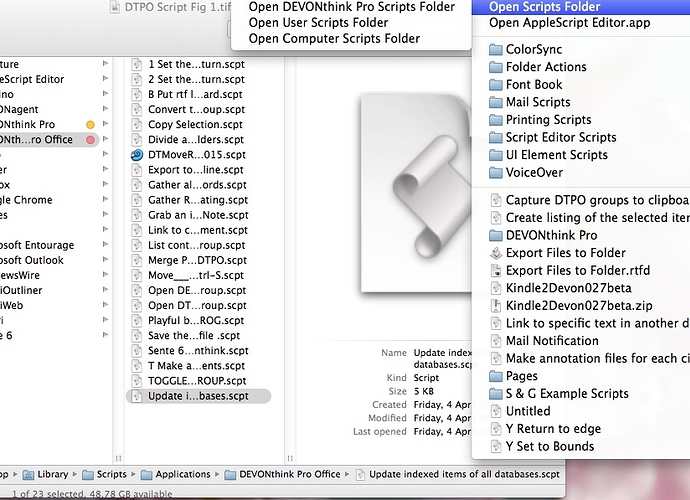 Thanks for this. I have moved the scripts to a new folder in the location you suggest but still only a few of them appear in my menu, see Fig below. 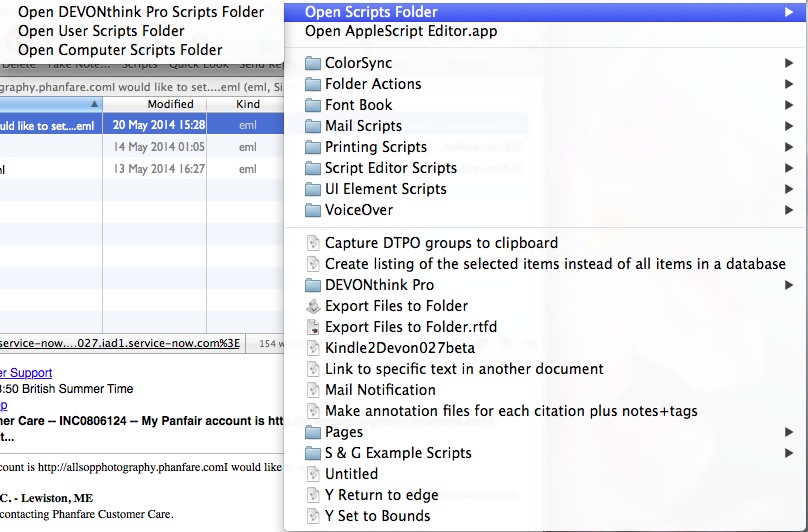 In addition, when I try to open the menu item “Open DEVONthink Pro Scripts” it creates & goes to a folder as illustrated in second fFig. below. 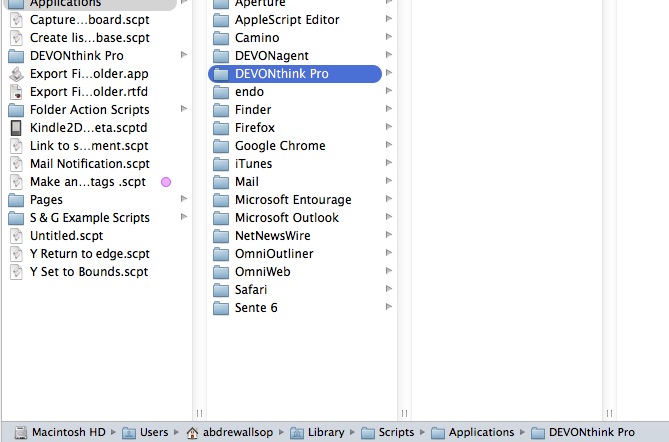 Sorry to be dim about this but I am still confused!

I’m not sure whether you’d prefer to use DEVONthink Pro’s own Scripts menu or the global scripts menu extra.