Using the v 3 beta, my text files are coming up locked against editing (little pencil with line thru it). I cannot figure out why this happens, nor how to toggle it. What am I missing here? 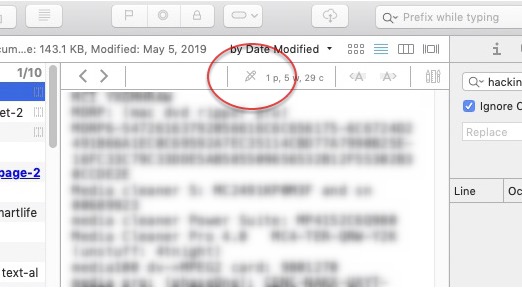 Probably you have the standard DT3beta1 smart rules activated, they lock files if they are >30 days old, as far as I know.

Thanks. And I change that where…? I see how to add one, but don’t see how/where to turn one off. I have a list of smart groups in the left hand column, but nothing named “smart rules.” I see that smart rules have a little gear icon, but I don’t see that icon on my affected document.

okay, if there are no smart rules in your sidebar, then this is not the reason for your problem.

That shows the file is not editable, as not all files are. What kind of document is this?

It is a standard text document that I have been editing in DT for about 6 years now. It’s a collection of my software registration and serial numbers. It did not appear as non-editable until I installed the beta.

added…
However, I just moved to a new Mac, and the permissions on the file included “Fetching…”, and I could not, because of that, change or add any permissions. Finally, I dragged the db to a differnet drive, changed the permissions, and dragged it back. Now the file is editable again.

As it turns out I have the same problem. When revealed in finder the files are not locked, and I have read and write privileges enabled. I wonder what @BLUEFROG or others would suggest to remedy.

What kind of document is locked, what’s its filename extension?

It’s a PDF file (.pdf). It’s happened for a host of files that I brought in via the “Import, OCR, and Delete” script

Thanks for the follow-up. Good to know and eliminates a variable.

What else would you recommend/suggest I try? For the record, these pdfs have all been added in the same way. I have a hazel rule that watches sub folders of zotero storage and moves newly added files into a folder that DevonThink watches to perform import, ocr, and delete. That seems to be the common denominator

I am doing OCR because I want to take advantage of search and AI. Say I am writing a note about how functional connectivity between the hippocampus and cerebellum (I do brain stuff) and there is a relevant [PDF] paper from the fMRI literature that doesn’t contain either of the words “hippocampus” or “cerebellum” in its title, but speaks powerfully to their interrelationship all the same. DevonThink’s AI can potentially pick up on this if the PDFs have been OCR’d, but not otherwise (at least, that is my understanding at present – please correct me if it is wrong).

Here are my OCR settings: 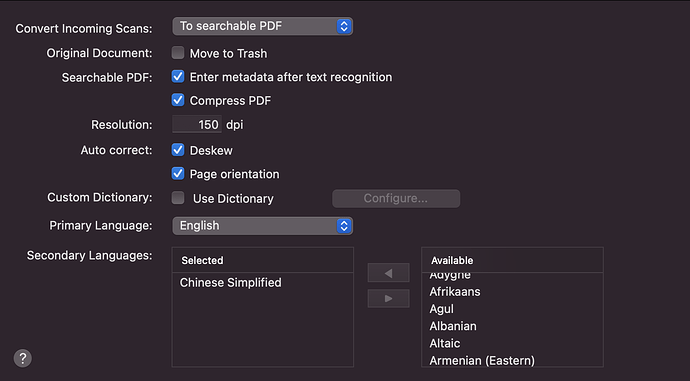 OCR is used on images or scanned PDFs with no text layer. If you are getting files from online, the greater odds are they were created in an application that produces PDFs with a text layer.