There’s a problem with DEVONthink’s naming of records: some names include the extension, some don’t.

While the problem discussed in thread AppleScript: Get record name without suffix was solved by adding the name without extension property (Thanks @cgrunenberg!) it seems the underlying problem wasn’t fixed.

The following captures were taken in a database that was definitely created with DEVONthink 3, so this quote …

AppleScript: Get record name without suffix

In version 2 there was an import preference to name files with/without extension, in version 3 there’s now a display preference that can be changed anytime. The old files were probably imported with the extension and AppleScript always delivers the name independent of the preferences. 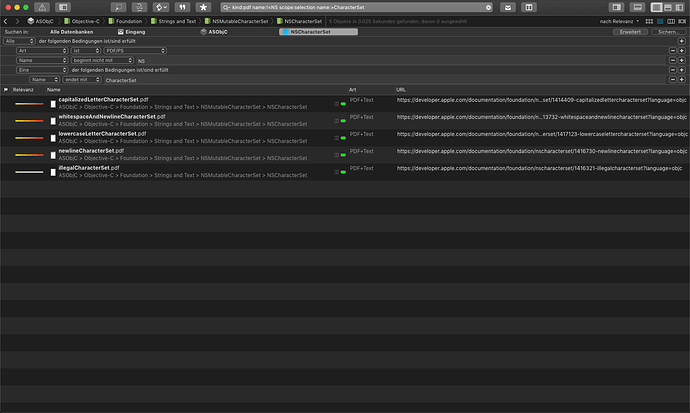 Search using “name ends with” without extension and with extension: 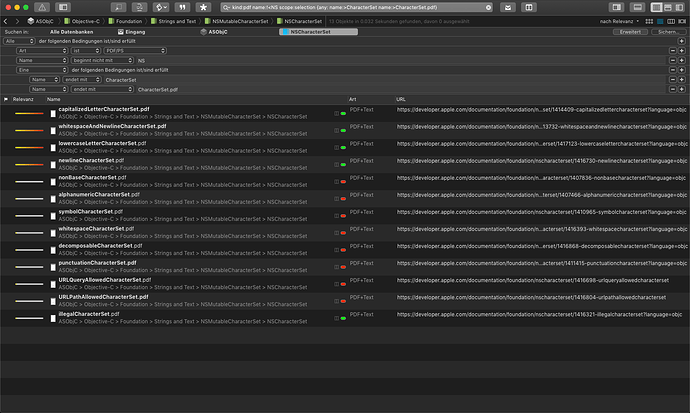 I think records that include the extension were created via Tools > Capture > Paginated PDF.

No idea whether that’s a useful info but disabling preference Show filename extensions doesn’t show extensions for all records, i.e. also not for the records that have the extension included:

That’s it! All records that include the extension were created by using create PDF document from with bookmarks. I can say that for sure as the creation dates are immediately after a commit.

The rest was created via Tools > Capture > Paginated PDF (as the dates are after the time at which Apple changed the site again which made it possible again to view bookmarks inside DEVONthink). 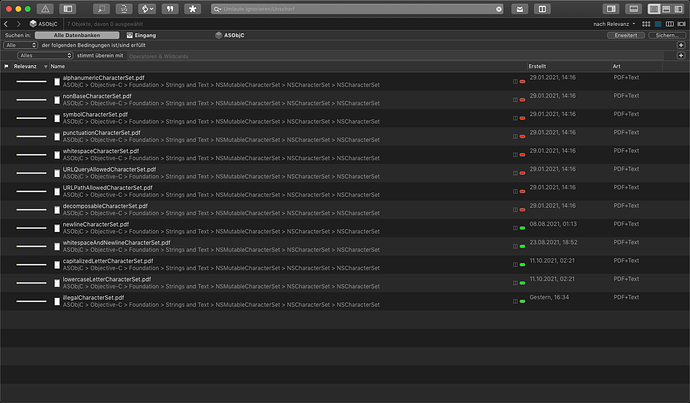 The name (according to the name AppleScript property) & URL of an item selected before running this script would be useful too - thank you!

I created a bookmark using the above name & URL and executed this simplified script but everything seems to be as expected:

Are you able to reproduce my expected results (using the simplified script and a bookmark) or does it fail again?

To figure out what might be the problem I created smart groups for the different scripts that I used. The result shows pretty clear that almost all names that include the extension were created with one of the Smart Rule scripts that used handler recordName. Immidately after replacing this handler with name without extension the resulting PDF’s name does not include the extension anymore.

The handler is ok, I’ve used it for a year without any problems. 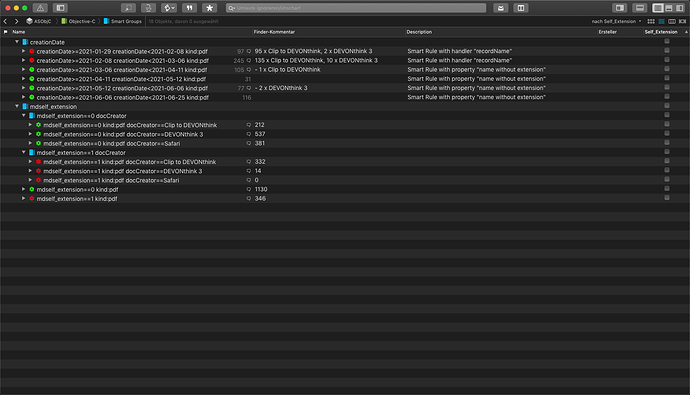 Is it intended that moving a record (that returns name without extension) to a new database changes the returned value to the name including the extension? I guess that’s done because there’s now also name without extension, right? If so then I could temporarily move everything to update existing records.

So I guess there’s something going on in the way name and/or filename are returned in a Smart Rule script.

Smart rules don’t change the results of scripts at all, the results should be always the same no matter how the script is executed.

On the topic of extensions in names…

What is the preferred method of displaying the file name + extension in the same field? I’m finding my screen space in short supply, so I want to consolidate the two columns Name and Kind into one string, ie. filename.md rather than Name:filename, Kind: Markdown Text. I tried searching the help manual and this forum but couldn’t find an answer.

What is the preferred method of displaying the file name + extension in the same field?

Yes, that’s what I see here too. The problem really is that although this should work it obviously didn’t work (at some time). And this didn’t happen for the first time (see linked thread in first post - which was by the way created after already experiencing this for quite a long time. Just never reported it as I always thought I was doing something wrong.)

Meanwhile I’m pretty sure that it’s sometimes simply inconsistent. Unfortunately there’s no information what the expected outcome of name should be, neither after name without extension was introduced nor before.

Is it intended that moving a record (that returns name without extension) to a new database changes the returned value to the name including the extension?

Additional information about the expected behaviour would be very welcome. Especially as it seems to have changed (probably due to name without extension), see mentioned thread.

Not directly related but maybe with high potential for further investigation among different users:

Another user had the great idea of building a history record of opened records. Reading this I tried and wrote a script that tracks all opened records of each day, After writing it this smart rule script ran, I simply forgot about it. But when I stumbled across this script’s output something immediately draw my attention: It was obvious that not all Markdown link names included the records’ extension.

Personally, I don’t really understand why a filename would ever exclude the extension. That might come from my Unix background where the name is what it is and an extension has no meaning at all.

So if there’s a method name and one name without extension, I’d expect the first one to always return the complete name.

Your post reminds me of this problem I experienced, and posted about. As you know, I’m no expert

but I do wonder if it’s in some way related to the issue being discussed here.