DEVONthink Pro (DTP) is refusing to import multiple files, and importing any data results the application “going grey”, where all import (and other) actions are unavailable and menu options are greyed out.

The application “goes grey” after importing a single file or after attempting to add multiple files via drag and drop. If I am dragging multiple files or folders, DTP will add 1 or 2 files (or a folder and a few files), but will not always display that something has been added.

Quitting the app and restarting will allow one or two more files to be added in the ways described above before going grey again.

For troubleshooting, I’ve already done the folling:
Downloaded and installed a fresh copy of DEVONthink Pro
Deleted all the preference files for DEVONthink 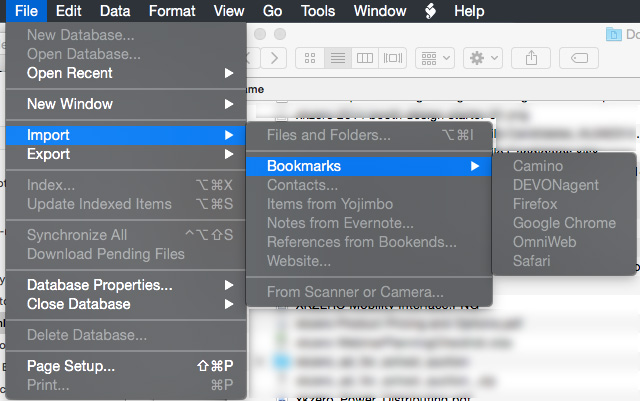 Hold the Option key and select Help > Report Bug. Thanks

I’ve also seen this issue. I’ve found it happens when I have an group with a mixture of imported directories, imported files, and files living in the DT database, and try to either add a file or get a folder inside the group to re-index. Quitting an re-opening has always shaken it out, but I’ve also always faintly suspected I wasn’t importing and indexing things correctly.

TL;DR: I think it’s when you have a group composed of directories that are imported, files (stored in the DT DB) and DT groups.

A bug report (see above) or a copy of the files would be really useful. Thanks!