I’ve imported thousands of emails into DTPO. Emails with attached PDF files are shown as you can see here (the icon depends on PDFpen Pro): 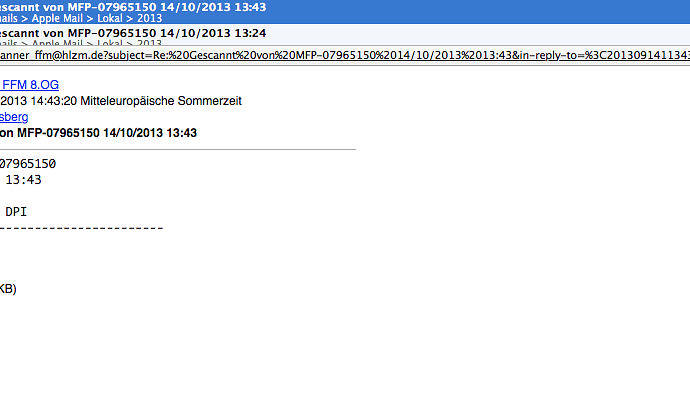 Now I want to OCR all of the PDF files in the database and store the OCR’ed files in a new group.

How can I get it?

Somewhere here (can’t locate it right now) there is a script that will extract attachments from imported emails. Once extracted, you could do what you what.

As far as I can see there is no way to deal with mail attachments in DT’s applescript dictionary when they form part of a message. DT also can’t search these attachments. I have searched for the script korm mentioned and couldn’t find it.

You have to take one of two approaches at the time of importing: Use either:

IIRC, the script selects a document in DEVONthink, if it is opened the .eml document in Mail, extracted the attachment(s) to an indexed folder, and closed the message.

Is there any other solution to OCR attached .pdf files imported from emails from Apples Mail or is the method of dragging it out and import it separately to DTPO still the rule?

The rule would still apply.