somehow i have issues since the new version 2.9.4 to split documents.

That’s how i proceed. I scan for example 50 invoices , and put them in the Inbox of my Database. I than open up the PDF , and split the invoices accordingly as i need them.

But now , everything is greyed out, and i have no clue why. The documents are all PDF + Text.

Any help is much appreciated.

I have to add that my Database is synced via Dropbox. I tried on my second computer with the synced DB , there everything works fine.

Also the computer that does not work correctly has OS X Sierra installed, could it be a bug ? 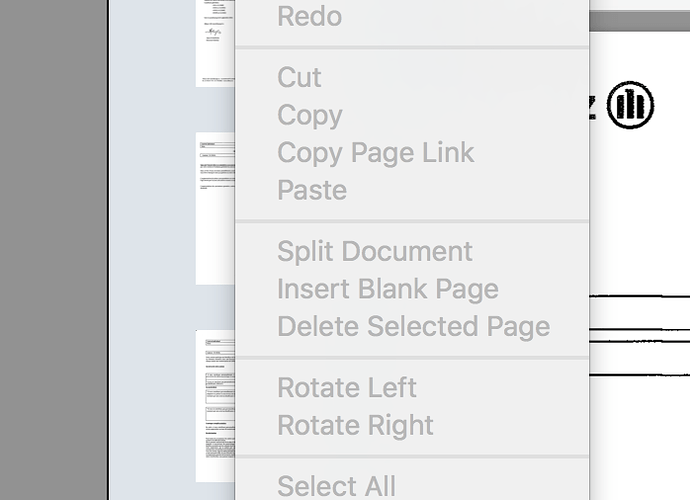 Also the computer that does not work correctly has OS X Sierra installed, could it be a bug ?

Sierra is ​beta ​software (even if at Gold Master status) and should not be used in mission-critical or production environments, not should it be expected to behave normally.
Sierra compatibility will come in a maintenance release after the public release.

But Sierra is already out as GM . Isn’t there a Beta Software from Devonthink to fix this ? As it’s really annoying for me at least ?

Or will there be a a fix the day Sierra will be out officially in the App Store ?

Being a GM does not make it a public release. (There are times when a company issues a GM then has to pull back to beta status. With how Apple’s quality assurance has been increasingly poor since Mavericks release, I would be even more circumspect about putting too much emphasis on “being a GM”.)
And no, I can’t comment on the timeframe for the maintenance release.

Any fix in the works for this issue? Sierra is a full release now, so … please?
Thank you!

An update will be available later this month. Bear in mind there are more issues at hand than this with some of Apple’s changes.