Question for owners of SnapScan iX500

I have just bought this scanner, based on the almost universally good reviews it has received. So far it has completely lived up to expectations except for one factor.

The paper feed mechanism leaves two slight parallel vertical creases in the original document being scanned. These do not appear in the scanned PDF, and mostly it doesn’t matter at all because the original will be thrown away (even an advantage because it is easy to see if a piece of paper has been scanned) but occasionally I might want to preserve the original in an unmarked state…or it might matter scanning someone else’s documents, or photos.

Any other owners see this or have I got a faulty one?

I don’t see this with my iX500. Have you tried adjusting the guides for paper width? They should not be exerting pressure on the paper copy, such that the paper is cupped as it enters the feeder.

Hmmm…definitely not being squeezed by paper guides.

Looks almost like the kind of thing that might reduce with a bit of use…or am I being stupidly hopeful.

I really don’t want to have to send it back.

Here is a photo of a blank piece of 90 g/m paper after passing through the scanner. This is rotated 90 deg. The lines are parallel to the direction of travel of the paper.

What do you think? have to go back? 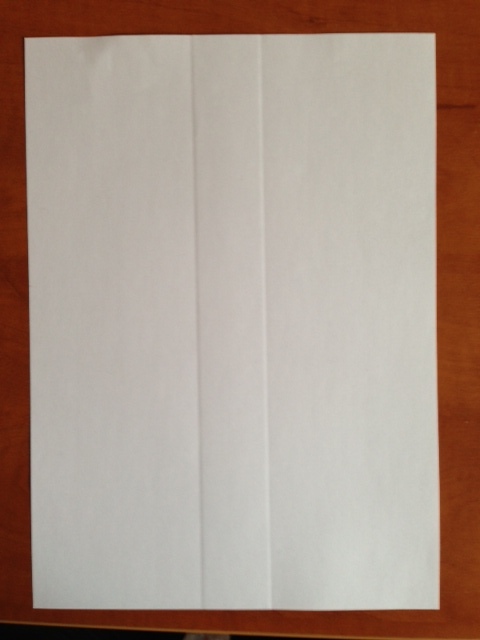 Thanks for the picture. That doesn’t seem normal or satisfactory. I would suggest contacting Fujitsu or the vendor about getting the new scanner fixed or swapped.

Strangely after a couple of hundred sheets it is much better than the photo above, but still there.

I sent the same photo to Fuji who have have confirmed it’s faulty and the seller is sending another one out today.

Googling and forum questions confirm have found no-one else with the same problem, so I have just been unlucky.

This is very strange!

Just received the replacement from the seller (Amazon UK)…and it has exactly the same problem!!

The only conclusion that makes any sense is that Amazon UK have a bad batch.

There isn’t any user error I could be making to cause this, is there?

I have had a long talk with Fuji, who are sending me a replacement for the original (I have sent the second one back to Amazon).

The original has now scanned 1051 sheets and the problem has reduced to a level where I probably would not have noticed if it had been like that initially. I debated hanging on to this one, but know I will not be happy, as I can still see feint tramlines, and I know it is not supposed to be like this, and that no-one has the problem.

I am absolutely delighted with the machine apart from this issue. 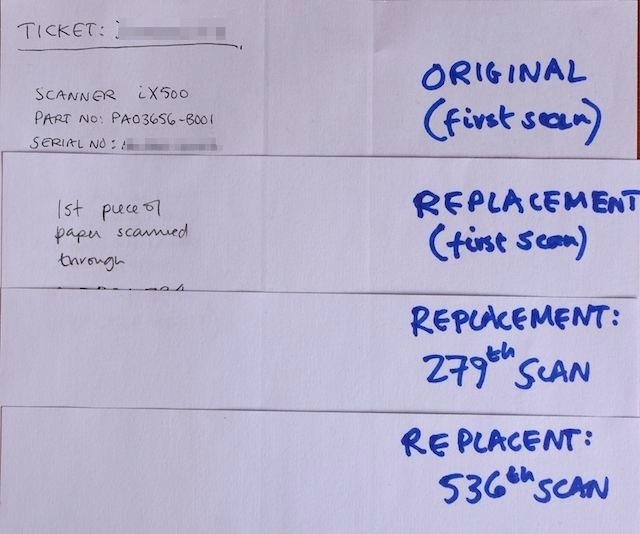