Replicants Marked in Move To?

Is there currently a way, or is it possible to denote those groups that are replicants in the contextual menu for Move To, like in italics or something?

It wouldn’t matter. If you move a file into a replicated group, the file will appear in both places anyways.

I want to avoid placing the file into any replicant group.

Development would have to assess this.

While we’re at it, why not show the indexed symbol as well?

You could use a smart rule to rename replicated groups: 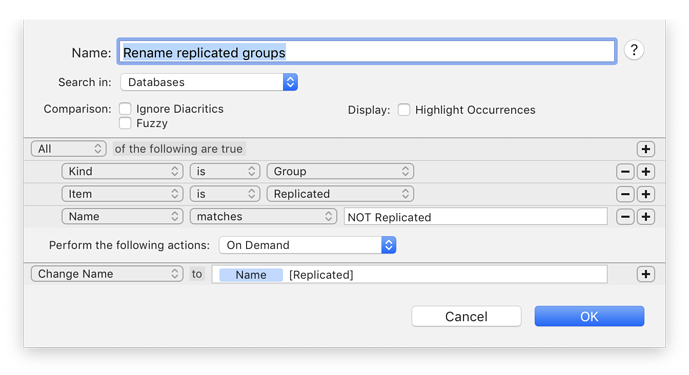 I’ve added the Smart Rule and it works great. I was creating another smart rule to remove " [Replicant] on any group that was no longer replicated, but I can’t figure that one out. Can’t use RegEx, and I don’t find anything regarding the subtraction of text in a name.

This requires a small script: 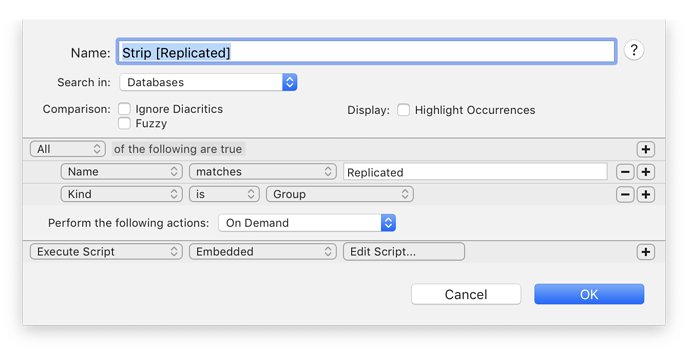