I am importing a picture to a document, and cannot resize it.

and this helped a little - but the picture is still to big.

I want to be able to resize the document within DevonPro - I don’t want to have to use an external editor - if possible.

Can you tell me a way to approach this (I did it once, but can’t get it work now for some reason!)

You can’t resize the documents directly in DEVONthink, other than the aforementioned approach. If you double-click an image in an RTFD file, it will open in the system default editor where you (likely) can resize it. After saving the change, the file should reflect the resizing (though you may have to deselect and reselect the file).

Thanks
I look into adding that as a feature request.

Hi,
I have a script which automatically resizes images. And it works well when I drag and drop an image by image from an RTF file within my DTPO database into my desktop, apply the script, and then putting the image back into my RTF file. However for some reason I cannot do that via a simple way: by selecting an RTF file within my DTPO database and then select “show in finder”, “show package contents”, and then select all of the images within the RTF file and applying the script. The images are not resized even though I see the images change their order within the “show package contents” like they have been already resized. Could you help me with this issue?

Did you deselect and reselect the RTFD file?

I am not sure if I understood you… What do you exactly mean by that? I followed the exact pattern described above. Nothing has changed even if I restart my Mac.

What script are you referring to?

Hi, I created a simple script via automator app. Please, see the image below.

I just made a quick workflow and it worked as expected (though we don’t suggest roaming around in the internals of database, as a general rule). 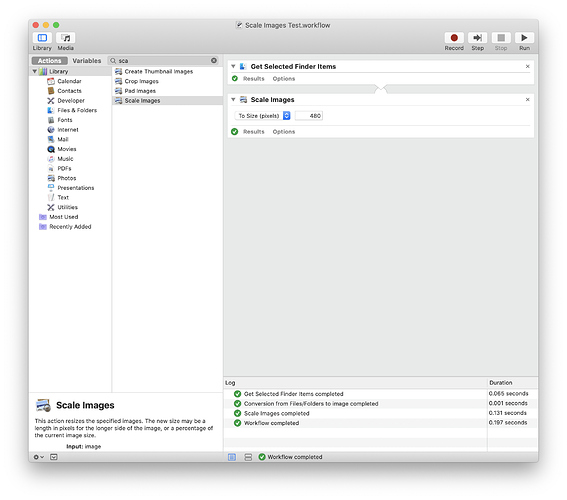 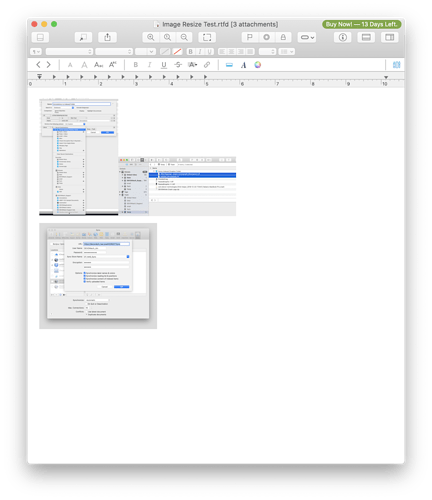 Thank you for your effort. I would appreciate if you can show me how exactly your created the workflow, or if my workflow below is the same like the one you created above:

I just made a basic Workflow, not a Quick Action. However, I just replicated your setup in a new Quick Action and got the same results (this time set to 200 pixels)… 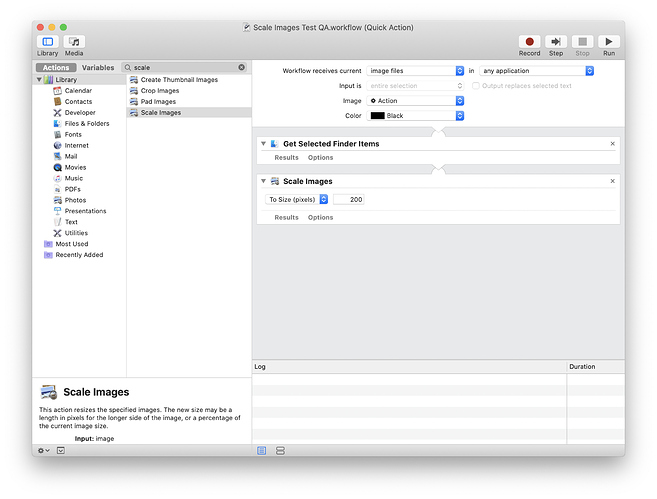 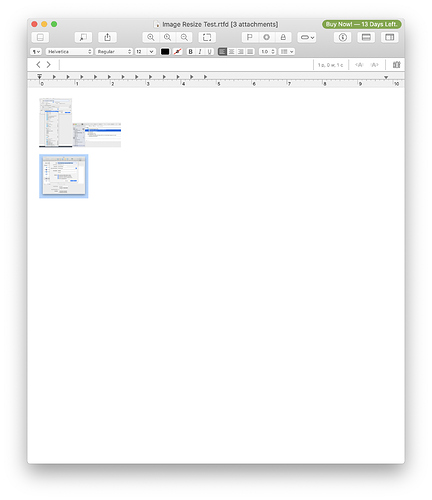 Thanks. Since you replicated my exact script and found it’s working, then there’s a more dubious issue since my script does not work as described above. Maybe it will work on DTPO 3 version as I still did not upgrade it, although I purchased it… Thanks again.