I was just searching for a particular document and got this: 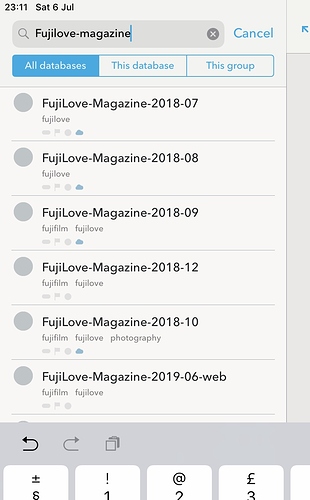 And yet after adding a few extra characters to the search term I got this: 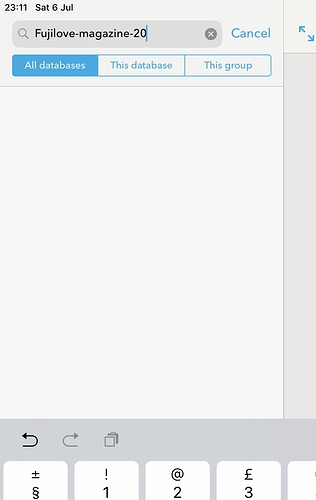 which is plainly wrong.

Or am I doing something wrong?

And did you press Return after typing to 20?

Given that the search results change dynamically as I type, I have to answer your question “no”. But I’ve just gone back to try what you suggest and there is no change in the result, so now I can say “yes” to your question - it makes no difference.

I’d suggest this:
If you can’t find items in a search in DTTG2, select Help > Appendix > URL Commands > Performing Service Tasks and click the Execute link under reindex.

Thanks for taking time out on your weekend to help, it’s much appreciated.

I did the reindex as you suggested but sadly it’s made no difference. I should add that as soon as I type the second hyphen (after the “e” in magazine) the search results go blank - and that’s whether or not I type a return.

Any other thoughts or suggestions would be more than welcome!

I wouldn’t classify this as a bug, but unexpected behavior. However, iOS Development may want to weigh in on it.

Non-alphanumerics are not indexed and searchable. Try replacing the second hyphen with an asterisk wildcard.

Personally, I would class most bugs as the producers of unexpected behaviour! And so this just continues: after I type “Fujilove-magazine*2017” which does at least produce a result, but not one I would have expected nor wanted because it’s not until the 10th hit that there is a match for my search term! See the screenshot. 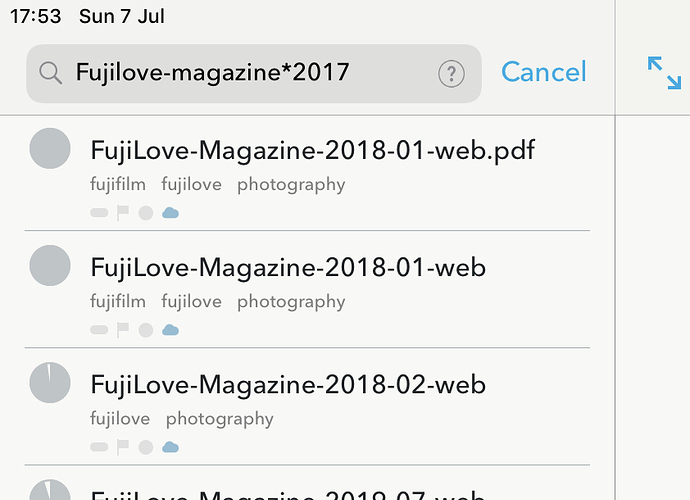 So I guess this is progress but not as I expected!

Personally, I would class most bugs as the producers of unexpected behaviour!

They are two different things.
A bug is an actual problem in the operation / coding, like a crash, etc.

Unexpected behavior is code operating properly but delivering a result that is unanticipated.

Development may need to assess this.

Unexpected behavior can be, although not necessarily is, caused by a bug.

With respect, when you ask users to beta test, they will not appreciate this distinction. Users want expected and predicted behavior.

With respect, beta testing is not about “expected and predicted behavior”. In a GM public release, sure. That’s not a beta version.

Beta testing is about:

when you ask users to beta test

Likewise, we are not being “asked” to test, it is an offer, giving us early access in exchange for help.

The distinction between bug and unexpected behavior is a crucial one for doing testing, as it determines how to fix the problem (the former is looking for something “broken”, while the latter could involve rethinking the design of the function).