SMS Messages as a Smart Rule Action? (Current workaround to be deprecated)

I have a script which lets me automate sending of text messages through a smart rule.

But I have read that in Big Sur iMessages will no longer work with Applescript.

Any chance for SMS messages to become a built-in action in DT3 smart messages so this option for DT3 does not disappear? Or will there be some other workaround for me to script it myself?

Any chance for SMS messages to become a built-in action in DT3 smart messages so this option for DT3 does not disappear?

The request is noted but it would certainly depend to some degree on the number of people interested in such a feature.

Or will there be some other workaround for me to script it myself?

No idea. Big Sur isn’t out and things could change very rapidly.

As Bluefrog noted, Big Sur is a moving target, but if push comes to shove (literally), you can almost certainly send SMS messages via email. (I do this several times a day for home automations purposes.) Or, get fancier and use something like Prowl https://www.prowlapp.com.

Thanks - what do you use to send SMS via email? Can you do this regardless of the recipient’s carrier?

My carrier is AT&T, so to send to my phone I email to mycellnumber@txt.att.net
There’s a cheatsheet here that purports to list the format for various carriers, but you can also just search “sms via email version” (for example) to find out the right address format. 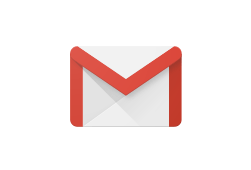 How to Send Text Messages Via Email (SMS & MMS): List of Gateways

How to send text messages from email, via SMS and MMS gateways. Includes list of SMS & MMS gateways from all major carriers to help you text from email now.

Thanks @GordonMeyer
That’s a very interesting approach. Learned something new!

That is an interesting idea - thank you.

While it mostly works, the formatting (at least for ATT) interrupts the content in some situations - see for example the Item Link below.

Contrast that with the much more useful SMS message sent via a script/iMessage:

If formatting is important to you, investigate my other suggestion, Prowl.

That is an interesting app (Thanks) but if am understanding it correctly it only sends notifications to an iOS device - not iMessages that go to both iOS and macOS devices, correct?

Another option if needed may be to use Keyboard Maestro - it would be fairly straightforward to write a smart rule with script to activate a KM Macro. KM does support both iMessages and regular SMS.