Sometimes unable to type Chinese in Name field of a document

Hi, I’ve noticed for a long time that there’s a problem typing Chinese characters in the Name field of a document from the inspector panel. It’s irritating when it happens. Here’s a demonstration by screen recording.

Oftentimes renaming a file with Chinese from inspector can only be successful if the reloading action is not kicked midway.

Some explanation in case you aren’t familiar with typing Chinese:
Each Chinese character corresponds to a romanized pronunciation called pinyin so one can type easily with a latin keyboard. In this example, 重 → chong, 命 → ming and so on. After typing pinyin words, one normally press Space key to register the Chinese characters into the text field.

No. It happens to existing unedited documents too, e.g., existing immutable image files. 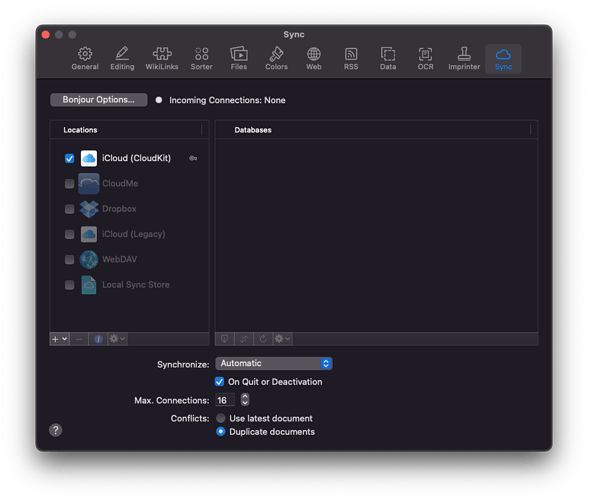 Set the Synchronize to Manually and see if the behavior recurs.

Set the Synchronize to Manually and see if the behavior recurs.

Cool. It’s not recurring when setting Synchronize to Manually.

By experimentation, I noticed it actually also occurs when typing in name field without using an input method intermediary, as long as I type words (or gibberish latin characters) really slowly. So it’s indeed related to sync. Is this a known issue of Automatic synchronization? Is Automatic not recommended and I should better off choose periodic sync options?

And there’s still questions: this doesn’t occur (and has never occurred to me) when I change name in the Name column of the list view. Be it English or Chinese. It only occurs in Info popover and Inspector panel. Shouldn’t they work in the same way?