It is not possible to change the order shown in those instances.

The order sorter has settled on in those instances seems to be related to the first order that I had when I added the folders to the grid view - so is there a way to refresh this, perhaps by deleting a preferences file?

If not, do you know how sorter is deciding on the order in those instances? It doesn’t seem to be alphabetical or last used.

While I can add Groups to the Sorter in List View, those Groups are not matched in Grid View. Specifically, Sorter will not allow one Group (in the attachments it is “PDF Articles”) to be displayed in Grid View. The Grid space that should show “PDF Articles” is blank and Sorter won’t allow any Group to be dragged into that Grid space. 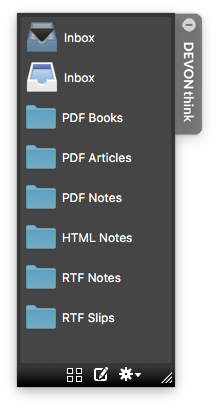 Please start a Support Ticket. Thanks