Sync DT on mac(server) and iOS (client) with direct connecti

I can sync from iOS device (server) to mac and another iOS (clients)
But I can not sync using mac as server.
iOS DTTG actually discover mac server but it never shows list of databases to sync and the option just turns to gray with not responsive state.

Any ideas on that?

Bonjour should NOT be On for the iOS device unless it is serving its own databases.

Sync will not push a database to another device on the initial Sync, only pull. If the Mac is the server for the databases, you need to connect the iOS device and pull the databases to it.

You do NOT need to connect to the iOS device from the Mac unless it was serving its own databases.

Also, Bonjour may be intermittent at times. Does it say Offline for the Mac connection and continue for some time?

Thank you Bluefrog !
I have the same problem: I can’t Sync my databases using my Mac as a server and my iPad as Client.
As I understand for your reply, BONJOUR must NOT be ON in the IOS (device), so -as you say - I have tu pull my databases from the server (mac) to the client (iPad). How do I connect the IOS device (iPad or Client) to my Mac in order to pull the databases stored in my Mac? Via iTunes? Syncing my iPad with my Mac or which is the way to pull the databases from the Mac to the iPad in order to proceed to Sync the next times?
Once the databases are pulled from the Mac to the iPad, Do I have to set up Bonjour on tuhe client (IPad) or not?
One last question (I apologize for being so insistent), What do I have to do or how do I proceed in the next syncs (once my databases were pulled to my iPad)?(

Also, Bonjour may be intermittent at times. Does it say Offline for the Mac connection and continue for some time?

No, the mac icon just gray all the time, no visible activity- see attached file
On next lunch it is not listed in locations. 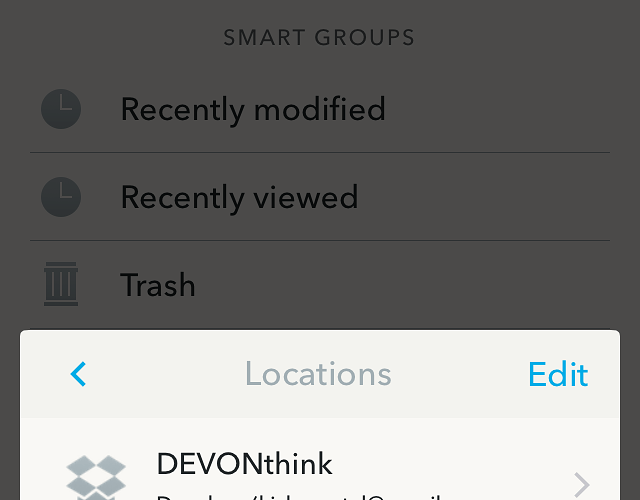 If the connection is established you will see a notification about it. Check the Sync icon in the bottom toolbar. Does it have a triangle on it? If so, what warning is given?

Thanks for the reply.
Unfortinatly no status or warning is displayed
Ufter more than 5 minutes in gray mode the connection just disappeared without any changes in statuses / warnings
Is there any other way to retrieve logs on ios when connecting to mac? 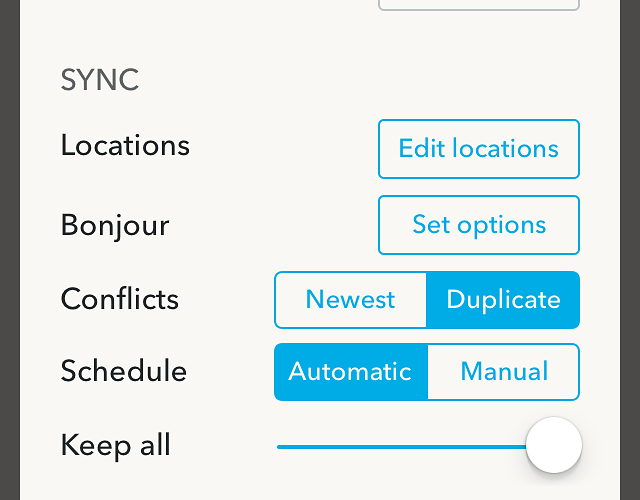 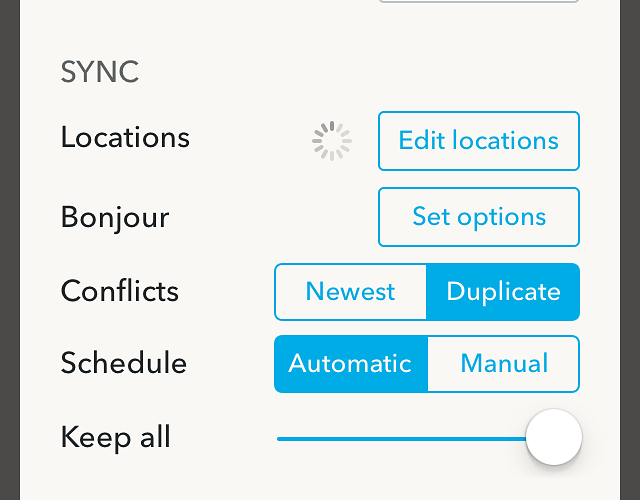 I tried same after restart of ios DTTG2 - same behave, no messages/ warnings on failed sync from mac DTO

Please start a Support Ticket. Thanks

Has this issue been resolved? If so, can you please share the solution?

I am having the same issue with my MacBook Pro with Touch Bar.