I am trying to sync between a macbook air and an imac using the wifi for our house.

I made some changes in the order of some files in a data base. Now I get a message saying that there is a more than a 10% difference in my files.

I tried putting downloading that database using a USB drive. Still, I get the same message.

What should I do.

If I get this message, I am assuming that the connection is not the problem. 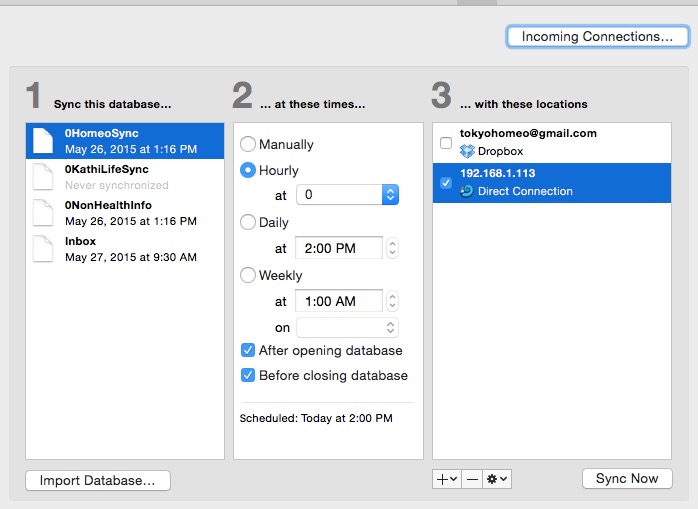 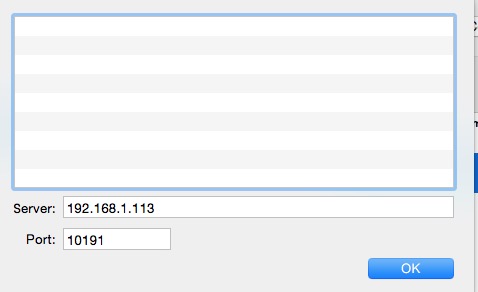 How many items does the database contain (see File > Database Properties panel) and is it possible that 10% of them have been changed?

47 mb. I later thought that I just pasted the data base of the other computer into the documents file. Maybe I have to import it to get it to register with DTOP.

It seems I have to have both computer on and DTOP also has to be running in order to Sync. That is a pretty tall order.

I have unlimited webspace with my webhost. Maybe I should sync everything there and then Sync it again to the other computer. That way I can be doing it all the time and I don’t have to continually have both computers running. Is that a possible set up?

What settings do I need to impliment.

If your hosting service has WebDAV, it’s possible to use that as a Sync mechanism that wouldn’t require both machines to be on.

I think that webDAV is just too vulnerable.

Please start a Support Ticket. Thanks.