Every now and then Dropbox notifies me that DT3 has uploaded some files to the syncstore even though I am not actively using the program or changing anything. I am not following any directories with DT3.

Any idea why it does this?

DEVONthink checks transactional data between it and a sync location to see if things have changed and to sync if need be.

PS: Are you talking about getting notifications about changes on your local machine?

Did you exclude the folder ~/Dropbox/Apps/DEVONthink Packet Sync in the preferences of Dropbox.app? Otherwise this might cause such notifications (and slow down the sync actually).

Yes, I’m talking about notifications on my Mac saying files have uploaded to Dropbox by DT3

No, how do you do that? I don’t see an exclude option on the Dropbox preferences. 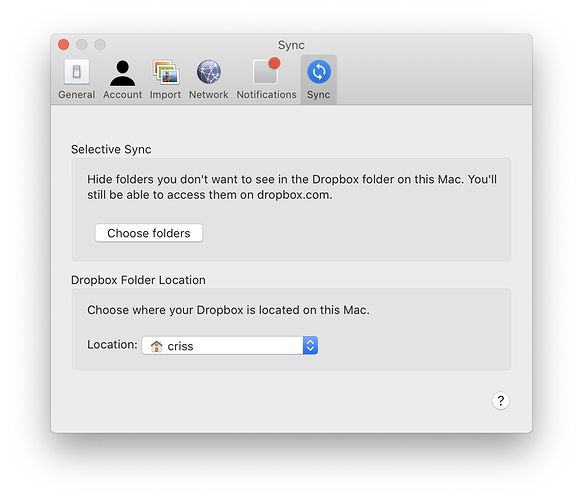 In DEVONthink’s Help > Documentation > In & Out > Sync > Dropbox… 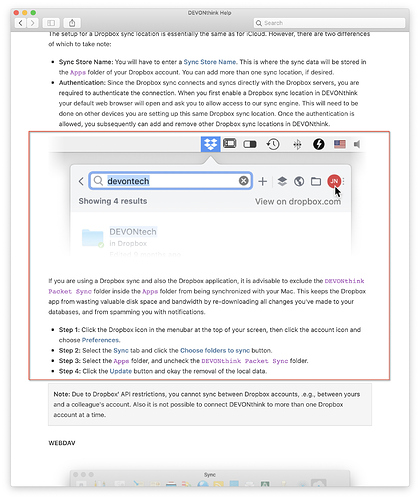