Question: Can I use Smart Rules applied to Indexed Folders to move the Folders from one database to another.

Background:
I have a collection of folders containing a mixture of files inside database A. The folders are tagged.
I set up a rule with two criteria:

The action I selected was Move and the destination was set to be a group in another database (B).

The results produced are mixed.
All groups appear in the Target Group but the names of some are in light grey font, suggesting perhaps that the movement is incomplete. However, I’ve let the process sit for an hour and there is no change.

So I’m left wondering if my expectation that I can move Indexed Files using Smart Rules is perhaps unrealistic.

Any thoughts, comments or guidance would be appreciated.

So I’m left wondering if my expectation that I can move Indexed Files using Smart Rules is perhaps unrealistic.

This should be doable. A screenshot of your current smart rule and a screenshot of the items which should actually be moved would be great.

Thanks for your response.

The problem it would seem is how the Finder sees the groups/folders.
Looking inside the Target Database, the content has been moved successfully.
However, as shown below the Finder view shows some of the newly created groups in reduced color and with, apparently, no content. However, the folder icon in the Finder does show the correct memory consumption.

Note: The group/folder content is typically more groups/folders. Inside these groups are a mix of file types.

Note 2: Both databases are on External hard drives.

Hmm…
I’m not seeing any issue with this setup: 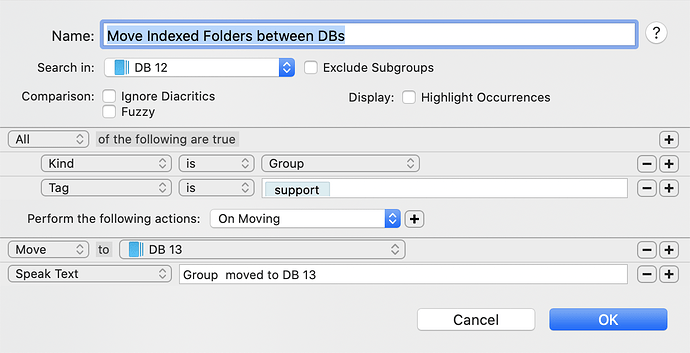 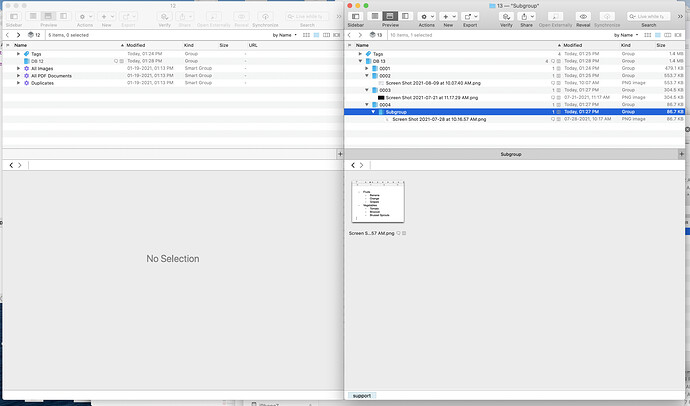 … and in the Finder… 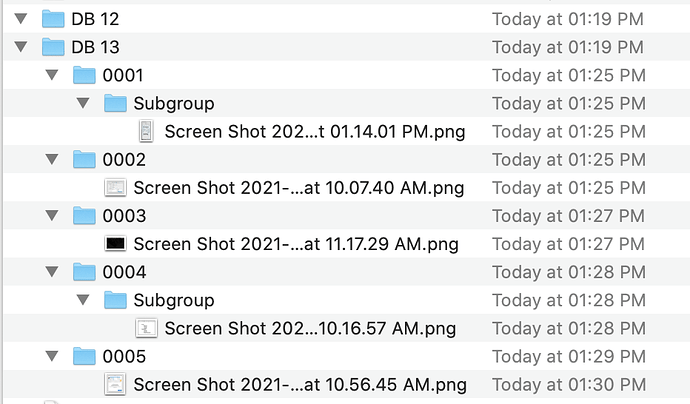 Tried with and without tags inherited from parent groups.

Thanks for looking at the problem.

The only thing I notice that is different is that my original had an “On Demand”, while yours is “On Moving”

For my edification, what triggers the action when you use “On Moving”. Does that imply that there is constant monitoring and that Smart Rule works any time there is an item in the group that meets the criteria?

You’re welcome.
It’s not constant monitoring. It functions like a watched folder or a folder with an attached folder action.
It’s like telling DEVONthink, "Hey! Something may get moved into the group. If you get a notification of this, run the smart rule.

The On Move action triggers when files already in DEVONthink are moved into the targeted location.

Are you indexing the groups into more than one database?