WARNING - if you index files, BE CAREFUL with how you install new Dropbox + Mac OS [edited!]

having just blown up an entire database by being a dummy about settings, i didn’t want to do it again by accident ; )

really appreciate the help – will test links this afternoon

Just reporting back that I did the following:
(1) restored the backup of my PDF database in the way you described,
(2) ran “Update Items” on the relevant folder,
(3) synchronized the backup,
and (4) opened my note-taking DevonThink database and tested whether its links to the PDF database worked any better.

Unfortunately, it doesn’t seem to have made a difference–95% of the relevant links in the note-taking DevonThink database are still broken and just say “boink” when you click on them. But that ~5% (or whatever) still works. Really weird.

At this point I’m inclined to give up and just hope to figure it all out as necessary down the line when I go to writing mode. If you think there’s any mileage in opening a support ticket and sending you guys the two databases, I’m certainly open to it. (FWIW, the note-taking DT database isn’t so big, but the PDF one is like 5gb with like 2000 files, so I’m not even sure if that’s possible.)

But if your best judgment is that this is probably just broken because of the combination of Dropbox move + DevonThink “re”-undexing, I don’t want to take up any more of your guys time. Really appreciate the effort to help!

Did you actually update the paths via the Info inspector first? Sorry for not being more precise initially.

Yep, I did the path update first. It was me who should’ve been clearer! Please insert: “(1.5) updated the paths in the Inspector to the new Dropbox location” : )

Do you remember after which step things started to fail?

First, apologies for the long response here. Just want to be sure I’m communicating the issue correctly! It’s not that anything failed mid-process during the restore–at least not in any way that was visible to me. The failure, if I’m using the right word, happened earlier.

Here’s an oversimplified version of the big picture problem:

Theoretically that should have fixed the links, it seems like? Database A should have the same indexed structure because its root Index folder is the same one that existed before the relocation forced its deletion. (Right?) And nothing whatsoever has changed about the folder structure inside Dropbox. But only about 5% of the links to Database A from Database B work–and previously all of them did. (The fact that some work and some don’t is arguably the weirdest thing of all.)

I know that’s really really long recap, but I want to emphasize that I don’t see a problem appearing at any point during the new restore-backup-of-Database-A-and-then-index-it process; it’s just that doing this hasn’t fixed the larger problem of almost all the links in Database B being dead.

I wouldn’t blame you for throwing your hands up and saying ‘no clue’ at this point. . . .

That is indeed very strange as setting the path to the new Dropbox location should just resolve the file paths in the database’s index. It doesn’t import or modify anything.

Hi,
A naive question @MichiganUser; Is the new location “CloudStorage” the default in Ventura? I installed Ventura (13.0) last night and everything looks piccobello in Finder. I don’t see a moved folder for Dropbox. It’s still at $Home/Dropbox. Even iCloud seems to be in the same place.
I haven’t started DevonThinkPro however.

The location is dependent on the version of Dropbox you use; my guess is that if you updated to macOS 13.x from macOS x.x then you may still be using an unaffected version of Dropbox. @rmschne reported that versions from at least v159.4.5870 were implementing the change in question. If you perform a fresh install of macOS 13.x and all your software then I guess you’d be affected immediately, as any version of Dropbox you download now is presumably going to display the new behaviour.

Yeah, my Dropbox update was a prompted update that I accepted from Dropbox. (It promised “new better affirmative integration with the newest Mac OS!”–sigh.) It did give a warning that stuff would move around during installation, but the DRopbox updates usually say something like that, and I must just not have read it closely.

But bottom line, Ventura alone doesn’t do this. It’s the Ventura-oriented update of Dropbox that does–or at least that’s how it seemed to go with me.

I’ll tell you one thing I’m kicking myself for is, I wonder if I simply hadn’t opened DevonThink until the DropBox update finished, whether it all would have been just fine. One thing I’ve noticed is that legacy DropBox links in the Finder are all still working fine, like on Finder window sidebars and stuff. Somehow Dropbox created a way to “catch” those links and redirect them to the correct new spot, maybe that “catcher” would have caught the DevonThink links too?? 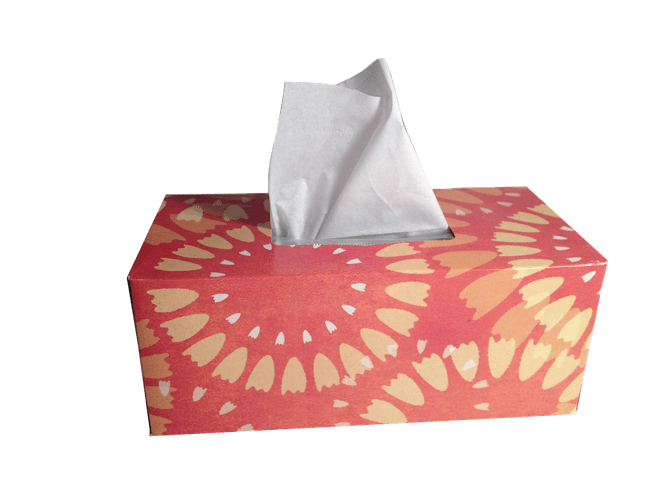 A big thank you to the posters here, as it helped me solve a closely related problem. I also upgraded to the new Dropbox without giving much thought to the impact on DT, notices some indexed files disappearing, and figured I would need to re-build the indexed directory from scratch.

However, for various other reasons, I’ve decided to migrate from Dropbox to SyncThing. As I had bulk moved my folders from Dropbox to a folder now maintained by SyncThing, I just had to change the path settings for each folder as noted above, and everything’s back to normal with not much effort.

Indeed - nor any other sync’d location. Very happy with iCloud sync!

Guys
I’m pleased I subscribed to this discourse. So many interesting pieces about working methods etc.

I’m worried about tripping over this Dropbox update and it breaking my database though.
I’ve read the posts thoroughly but I’m not gleaning whether this is a one off (or few occurrences) or is there perhaps something we should all be doing in order to avoid irreparable damage?
@Bluefrog?

Are you indexing files from your local Dropbox folder?

Hi Jim,
no, Dropbox is just the sync location - may database (I just have one) is in mac OS username / databases. Maybe that means I am unaffected by these changes?
thanks lots
have a good week

You should be good in this case as DEVONthink doesn’t use the Dropbox application. It syncs directly to Dropbox’s servers.