Adding annotations to captured images in the Sorter

I haven’t found a discussion on this particular request. I use the Sorter to not only capture text, documents but also images usually via the screenshot function provided by the Sorter itself. My approach is often to define with the mouse the image area to capture, give the file a name and then add to DT3. Below an example of the Sorter right after a capture: 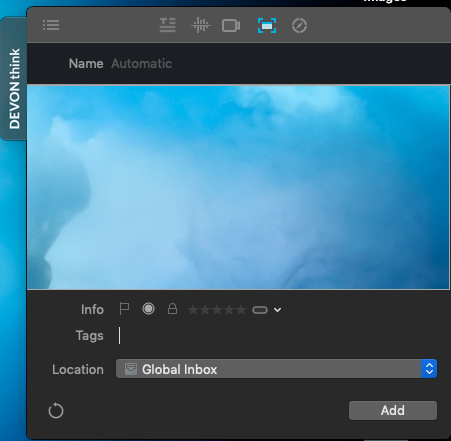 In my workflow I’m missing the ability to add more information about the image in text format such as context, a description of what you see etc… For images I find this information important know the source and context when I use the image later, sometimes much later. I can give the image a name, identify the Group, add tags and flag/start etc… using the Sorter but no additional field such as Annotations or Comment. I would like to suggest this as a feature.

The request is noted.

I would like to second this request, I find myself wanting this.

So far, my workarounds are:

… all of which are fine, but it would be nice to “add some text” along with the image too!