I’ve been playing around with DEVONthink To Go for some days and I suppose I’m going all in, now that Evernote became literally unusable. I have to say, I love this app. It’s fast and fluid and just behaves as you would expect from a prime piece of software. UI/UX is beautiful and friendly, great support, vibrant community and it appears it will just get better in the foreseeable future.

I’ve had this problem for a while and I think I figured it out. I’m so proud of myself, just had to come here and share.

Here’s the deal. I tend to bookmark a lot of YouTube videos. But what if I need to search for something someone said in a video? After all, great search is one of DEVONthink’s most prominent features. Getting transcripts for YouTube videos shouldn’t be a problem, since most YouTube videos have added or auto generated subtitles. The question is: how to add that information to the metadata in a way that’s convenient and easily searchable.

I came up with a messy (I’m not a programmer after all), but effective shortcut that uses the transcript (manually copied from the webpage) and the video URL and then generates a markdown file with time stamps that serve as links to specific times in the video. The whole process is kind unpolished and there’s room for a bunch of automation. But I have to say I’m really happy with the results. Actually, it works so well I almost wish DEVONthink had something like that built in. Take a look. 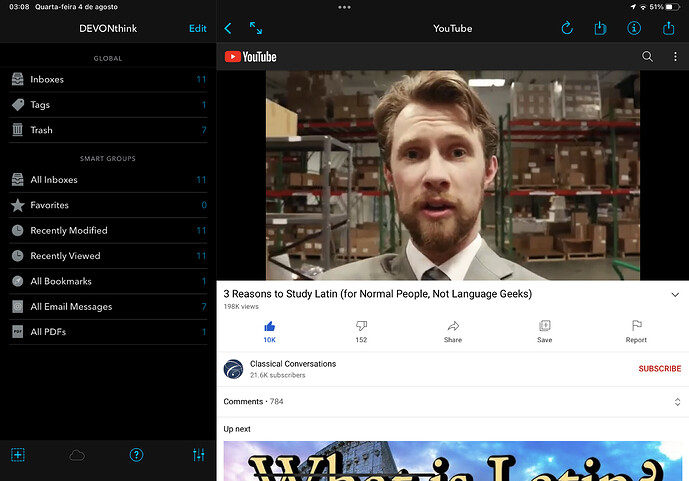 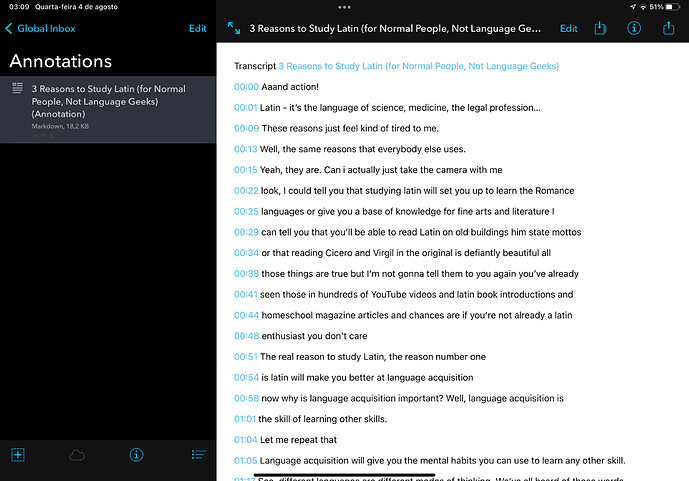 Do you maybe want to share the shortcut too?

Very nice!
And yes, please share your method (even if it feels unpolished at this time). There are plenty of people who may not only benefit but some who may be able to advise on or help polish it.

And thanks so much for the encouraging words! We really appreciate them.

Sorry it took so long.

So, basically I manually copied the transcript from the YouTube page. 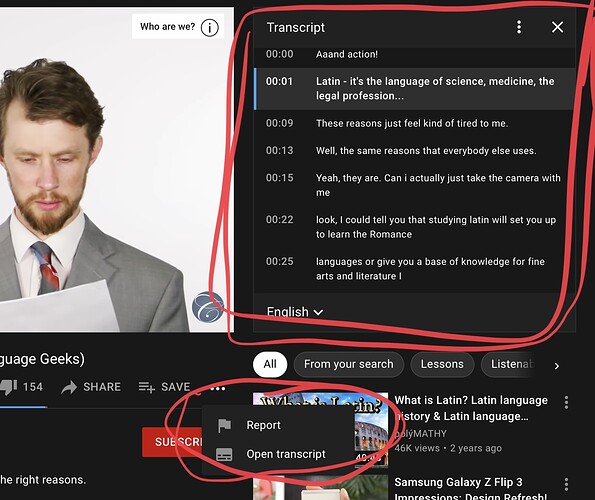 And the and I used this shortcut with a bunch of regex to do some formatting and insert links into time stamps.
https://www.icloud.com/shortcuts/069080c926e04d789d49bd0017b3bdd7

Finally, I pasted the result as annotation for the video bookmark in DEVONthink.

I think there’s a huge potencial for improvement in how DEVONthink handles YouTube bookmarks.

Those being: fetching and using the video thumbnail, instead of using the whole webpage as thumbnail; automatically indexing the transcripts, when available, as metadata; disabling auto-play and maybe some other things.

I’ve been looking into this new app, iDoRecall, which is a document manager that produces flashcards with quite impressive hyperlinking functionality and also that handles YouTube videos very elegantly.

Maybe I’ll elaborate later on those ideas. Hope some day I will be able to pull of that kind of workflow using Anki, Hook and, of course, DEVONthink.

No worries. Thanks for sharing the experience and Shortcut!