Does this assume something preceding the tell application id "DNtp" to my onPerformSmartRule(selection as list) part? Maybe I am being stupid and doing something wrong, but as it is I could not get it to work at all.

No. It should work like this in the Script Editor.app but not in a smart rule.

This is what I am seeing: 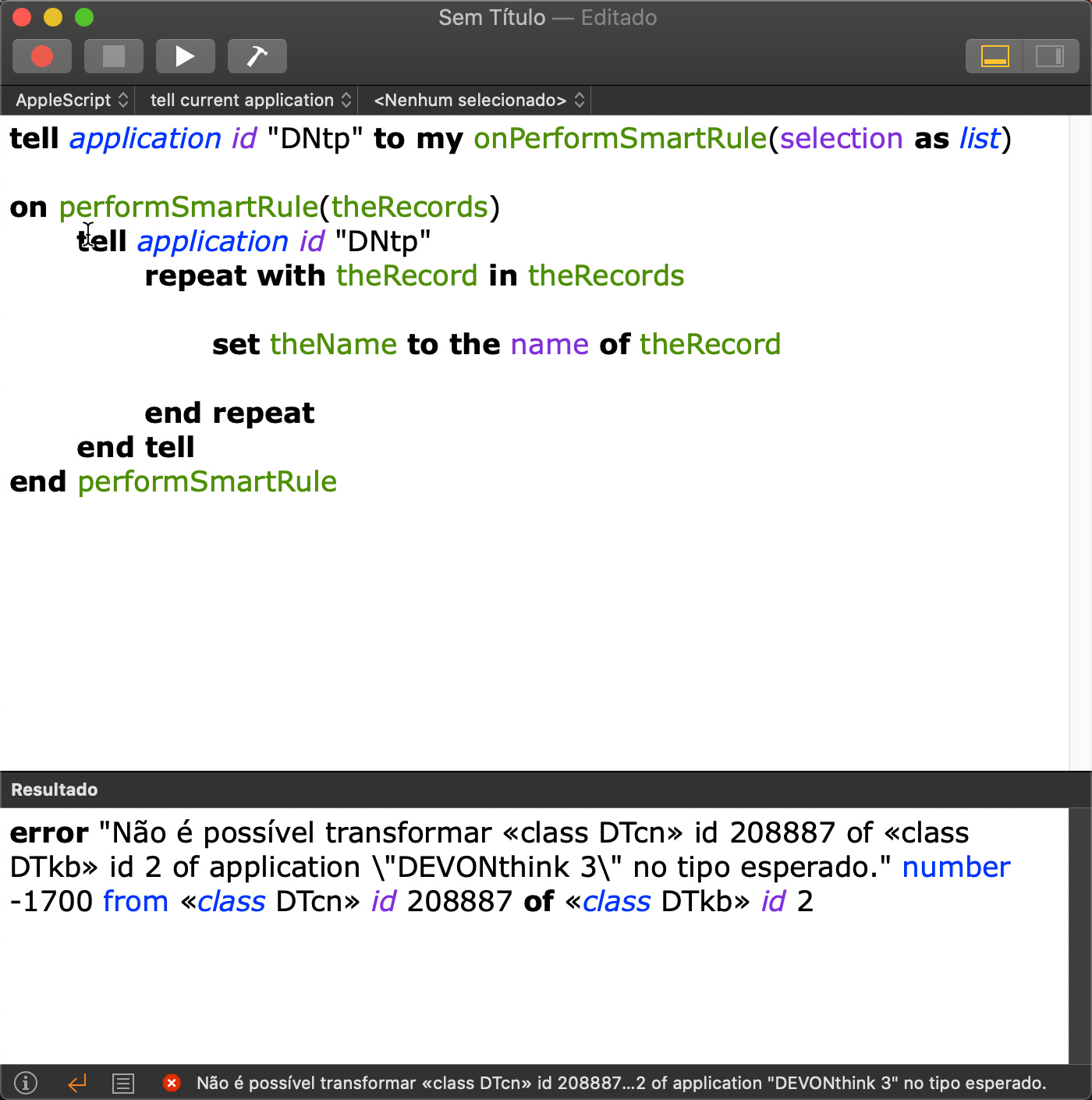 Weird. This seems to be another issue of AppleScript and I could swear that I used this already several times but maybe I’m getting old or it worked before Catalina

Your handler name is incorrect.