I gladly used and recommended Dropbox for 10 years, until it recently let me down. Completely. Without warning, my account was blocked, synchronization stopped and I do not have access to any remote files. Email support – the only available support channel – simply ignored my request to find out what happens, for this whole week. Detail: I have an annual plan, paid in advance! So much for confidence in the clouds…

DEVONtechnologies should invest in ameliorating DT/DTTG integration with alternative synchronization services. We don’t know where Dropbox, as a company, is now heading to.

used and recommended Dropbox for 10 years, until it recently let me down. Completely. Without warning, my account was blocked, synchronization stopped and

Ouch. Sorry to hear about your troubles.
I also tried to get in touch with their support recently, but for a different reason: syncing speed was ridiculously low (>100kb/sec). All I could get was an apology in the form of “sorry, nothing we can do about it”. Can’t say I plan on holding on to it for much longer.

It’s so sad, as it was such an exciting technological project at its beginning. What is worse: I don’t think they even have a legal presence in my country. There’s no one to appeal to.

I’m not a big fan of Dropbox (their pricing model) but this sounds more like a specific issue with your account and you should contact Dropbox’s customer support and sort it out. Now if they ignore emails, that’s not good. Most CS groups respond to emails, that’s their job.

I’ve been trying multiple channels for the last 4 days. Even Facebook, Twitter… This evening someone I’ve contacted in DB Business Pre-sales was sensitive to the situation and said he would escalate the issue. The attendant on Facebook had already attributed “high priority” to the ticket a couple of days ago, though. Let’s see. It’s all very odd.

Direct email is the best. The problem is that many of these new economy service companies are not staffing up for handling customer cases.

Even getting ahold of their support team is not guarantee of help.

I have a professional Dropbox account, and have for years.

I have 4 computers all running Dropbox on an external drive (because the internal drive doesn’t have enough space for my entire Dropbox).

ONE of those computers has regularly had an issue where it says that it is syncing 10,000+ files, even when it should be idle. It stays this way for days.

Recently I was trying to diagnose this problem again and their tech support person wanted me to use the “Fix Permissions” feature — which has not actually been in the app for several years.

When I explained that I had done the steps necessary to fix permissions manually via Terminal (as they had posted on their website), they happened to notice that my Dropbox was on an external drive.

I explained that it had been like that for years, and it is working fine on several other machines.

I asked them how many computers they know of these days that have 2TB of internal storage.

Eventually I just gave up. If it happens, it happens and I just ignore it.

It‘s never good if customer support has no solution or does not respond at all.
But when Dropbox changed their pricing plans and restricted the free account to 3 machines (including mobile devices) I looked for alternatives for syncing DEVONthink databases.

DTTG/DTP3 now sync between each other with a WebDAV space that my homepage provider includes as a share of Web storage space. 50 GB are much more than needed for my homepage and syncing needs. 6 databases with about 12 GB are syncing simply fine. Much bigger storage plans my provider does have in stock for a reasonable price if I ever need it.

Maybe that is something to consider for you too as an alternative for Dropbox.

There were some hiccups in the early day iCloud – and let us forget mobile.me – but for the last 4+ years iCloud has been very robust for me. The 0.99/month for 50Gb is a good deal, too. I could use it on all my Macs and iOS devices, no restrictions. Dropbox is really focusing on corporate accounts nowadays.

In relation to Dropbox, it seems you have some “month download quota” and once you’ve used it, your upload/download speed dramatically go down.

I’ve had same cut-down speed issues and they came after I’ve synchronized a new machine or have done big changes in folders.

For example now. I’ve selectively activated an about 3GB folder and it downloads at 300Kbs. However, I’ve gone to web, selected it for download as zip, and it is downloading at 20MBs…

It makes sense, but it seems strange that their own tech support would fail to mention it. Unless it is something unofficial, that they do without warning customers about it.

My assumption is that it is an unofficial stuff.

This doesn’t surprise me as many services use bandwidth-throttling measures (but often deny they do).

Yes, alas happens with the cloud services bill coming in and the service has to do something to take down the costs…

I fell out of love with “free” services that offer “premium services for a price” a number of years ago. I don’t know what your premium Dropbox costs, but you can set up a Synology 2 disk NAS for $300 plus a couple drives you probably have laying around. 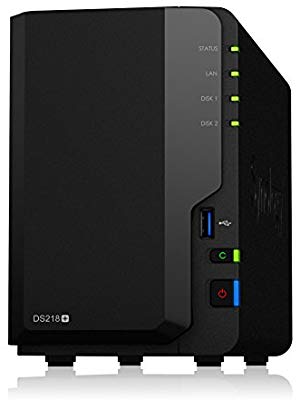 I use mine to sync DT, as a Dropbox replacement (I currently have 12TB available on my 4 disk system that can all be used for my Dropbox replacement) and a number of other sync tasks. Buy once, use forever and you don’t have to depend on someone else changing their mind about what services they provide.

Do you set yours up for off network access?

My NAS is available to me through a Synology provided DDNS address. I use WebDAV to sync DT databases.

I’m not certain what you mean by “off network access”. Does that answer your question?

Do you connect to it when you’re out and about, like in a coffee shop, etc.?

I have same scenario. WebDAV https via Synology DDNS with an auto-renewed Let’s Encrypt certificate.

I use Dropbox for the file repository for indexed files, and the WebDAV server for sync database, but I’m thinking to use the NAS for file repository as well via WebDAV from out of office.

Yes. It is available to me anytime I have an internet connection through the dynamic DNS provided by Synology. It looks something like yourname.synology.me.

I use Synology apps on my NAS to handle contacts, calendar and file syncing. One of these days I’ll be completely off of Google. I also have SFTP running on my NAS so I can back websites up off my web server saving drive space there where it’s expensive.