Could you please post a screenshot of what you’re seeing on the iPad? Thanks!

In that case a screenshot from the Mac would be nice.

Sure. I have blacked out the names of the databases for confidentiality reasons. Except one. The Mystic database in the Dropbox view does not show up in the Bonjour view. There are other databases like that one, but this is an example. 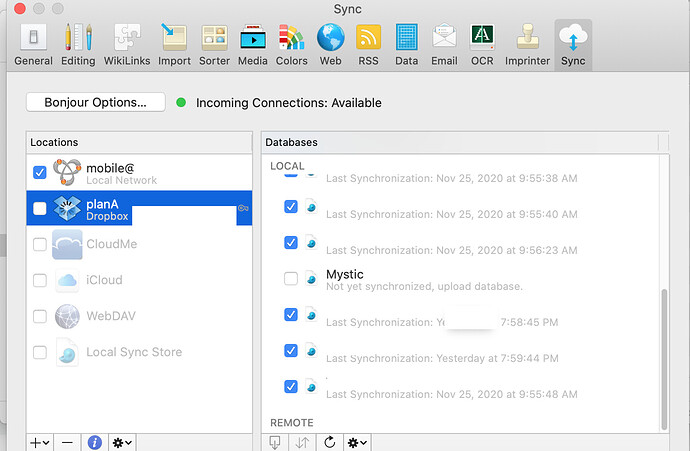 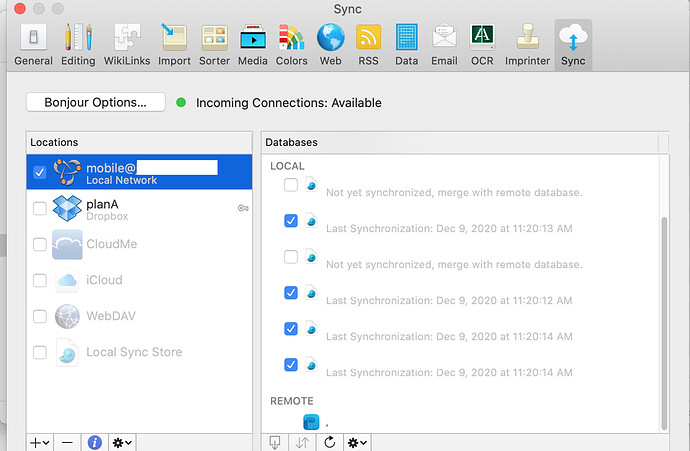 I’m confused. Is your Mac the “master” device, or your iPad? From the screenshots it appears you have set up both to be the Bonjour “server”.

Edit: so what I’m saying is that you have apparently activated Bonjour on the iPad; i think you should deactivate that. Then instead, on the iPad in DTTG set up sync by selecting locations and then the local Bonjour network provided by your Mac. I would expect you then to be able to see and select all the databases which you are serving via your Mac on your iPad.

Or deactivate Bonjour on the Mac. Either will work, it just depends on which device the user uses the most. I work on the iPad more often than the Mac, so that’s how I’m set up.

I am assuming in this specific case that that would not be a solution, because the OP is not seeing all databases when trying to sync from the iPad