I’m a huge fan of DevonThinkToGo’s PDF markup and annotation system. In fact, being able to read PDFs on my iPad with such a powerful markup system was one of the reasons I bought into the whole DT ecosystem.

By comparison, I find the annotations and markup system in DevonThink for Mac much less useful. A few specifics I’ve run into:

These are just a few specific items that I’ve noticed; I haven’t done a systematic review of all the features present/absent in DevonThink’s Mac PDF Annotation system.

I think that DTTG uses PSPDFKit (at least, it looks like that UI), which is the best PDF markup experience I’ve ever had. I’m not sure if that tool is even available for Mac, but I would love to have a similarly flexible and powerful system for markup on DevonThink for Mac.

Thanks as always for creating such an excellent, powerful piece of software!

The suggestion is noted but making such a switch is no trivial matter. Thanks for your patience and understanding.

Have to say I’m another huge fan of DTTG PDF annotation & markup tool. Loving it. Mac version is somehow difficult to use; “unfriendly” for lack of words. Have to resort to Preview instead.

Is DTTG tool DEVONtech’s? Or another vendor’s; haven’t seen it on other iPad app though.

It’s PSPDFKit in DEVONthink To Go.

+1 I support this idea

Have to resort to Preview instead.

The really amazing thing about DEVONthink is how it’s trivially easy (on the integrated Mac ecosystem) for people with special needs to call up special software to meet those special needs. Extensive markup of PDF’s is something that not everyone (or maybe even a lot) needs or does. When I need it I use Preview (as you’ve found) or I use other special tools.

Getting DEVONthink to do everything possible makes it go into the territory of getting like Word with the possibilities of unintended consequences of getting more expensive to purchase (due to higher development and support costs) and reluctant buyers who think it’s too complicated, and all that. Just something to think about which I’m sure the DEVONthink people think about.

Gents, you can install MAC version of PSPDFKit PDF Viewer. It is not as reliable as iOS version, but works fine, and they are very proactive as I reported two bugs and they ack and resolved them in next version (not like PDF Expert’s, that answer looks like “oh, yupi happy popi, you found a puppy bug and we will do something with it”… to not resolve it -I was in a chance to ask them what they smoke).

Then make PSPDFKit as default viewer and open PDFs with double click.

(Said that, I will be very happy if DT used PSPDFKit in MAC as well).

Then make PSPDFKit as default viewer and open PDFs with double click.

Any idea of cost?

The website does not state the cost - you need to ask for a quote. That’s not typically a good sign if you want to use it as a single purchase for one user.

You shouldn’t be looking at PSPDFKit itself. That’s a developer framework.

Look at their PDF Viewer application (Mac and iOS). 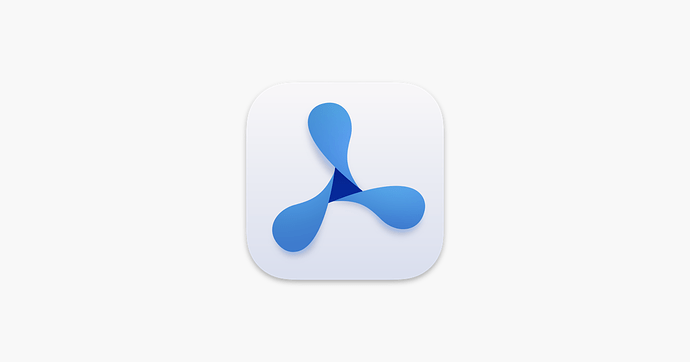 ‎PDF Viewer Pro is a fast and beautiful app, allowing you to view, search, and annotate PDF documents with ease on your Mac. VIEW DOCUMENTS ON YOUR MAC • Open files from the Finder. Supports Drag & Drop. • Search for the exact text you are...

With an optional subscription fee of, I think, 20 USD/year for some extended stuff.

Nice! Gotta take a look into this. I still have issue with highlights done on preview not saved; reported issue but looks like I’m only one

. Happens periodically on both my MacBooks. Can’t get used to Mac DT PDF tool. Thankful for DTTG

I still have issue with highlights done on preview not saved; reported issue but looks like I’m only one

You’re not the only one. I don’t use Preview but read this some time ago:

Open a copy of a regular PDF in Preview, and use the Highlight Text command in Annotations to highlight several sections of text. Save that document, open it again and chances are that Preview has forgotten the last of those highlighted sections. That is until you select the last highlighted text, when it suddenly remembers it again, as do all third-party apps. This appears to be because the final highlighting is tacked onto the end of the PDF code, where Preview seems to forget it.

Ahhh… you were talking about DEVONthink, not Preview.app. Might be good to know anyway.

You’re not the only one. I don’t use Preview but read this some time ago:

Ahhh… you were talking about DEVONthink, not Preview.app. Might be good to know anyway.

You’re correct the 1st time, I’m referring to highlighting and annotating on Preview and saving to Mac DEVONthink. Sometimes those changes not saved. Reported to Christian and he mentioned I’m only one with the issue; maybe others are experiencing it now? I’m now doing all markups on DTTG to be safe plus PDF tools are much better on DTTG.