Another automating and scripting request. Is it possible to embed and run the Perl script below as a script within DEVONthink 3? The Source of this script is from the PopClip Title Case Extension here which uses U.K. titling conventions.

What I’d like to achieve, is to select a number of records I wish to convert to Title Case (using this perl script) and have DT3 rename all those files via a script action.

Any help with this would be greatly appreciated! Thank you for your help in advance.

p.s. I’m still a total noob at scripting so am pretty hopeless when knowing exactly what I need to do to make this work. I know Keyboard Maestro might also be an option… But working out how to execute this script is still beyond me.

@BLUEFROG I’d be grateful for any suggestions this one

This doesn’t do exactly what Gruber’s script does, but this will titlecase a record’s name…

No problem.
It’s definitely not a teaching edition script (as AppleScript Objective-C is not beginner material), but it was a quick way to appraoch this.

You should be able to use “do shell script …” in an AppleScript (much like what you posted as your command line). Also, there’s the “Execute” submenu in DT3’s “Script” menu, where I have a “run perl script” script.

However, as far as I know, Perl is now longer automatically installed on Mac OS. So you might want to make sure that your Perl script runs on the command line.

However, as far as I know, Perl is now longer automatically installed on Mac OS.

Perl is still included in the base installation of macOS. 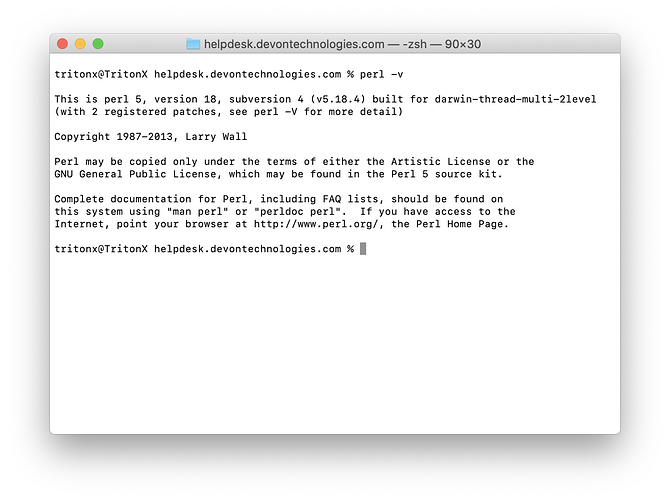 You’re right obviiously. I had read about Apple not including Perl, Python et al any more last year, but apparently they are still there. But not for very much longer: https://developer.apple.com/documentation/macos_release_notes/macos_catalina_10_15_release_notes

Learning Applescript is slow going! (So far I’ve managed to make my mac pop-up “Hello World”, beep a few times and create an icon I can open a new document in my Screenwriting app, Highland 2… Wouldn’t even know where or how to start applying perl, figuring how to extract the perl script and shell from a PopClip extension package was a challenge in itself

Thank you both for your help and advice.