Capturing from google maps with geolocation?

Im wondering if anyone has any experience with capturing from google map? Ideally a place/location/business your currently looking at such as: 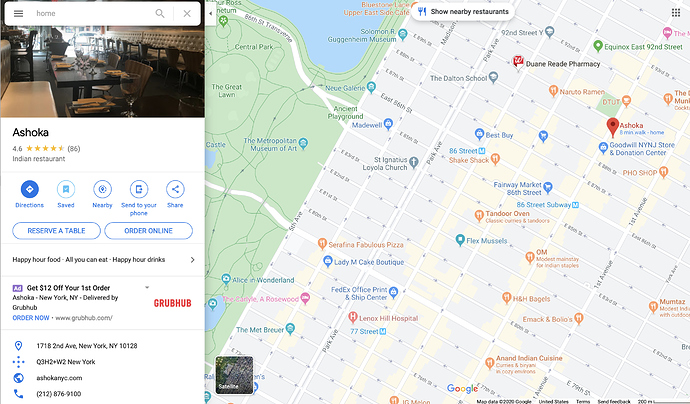 where one would capture a markdown file with the tile Ashoka

it would be also great if a geolocation was also scraped

anyone doing anything closely related?

No and Google is usually hands off about their data (yeah

).
Capture a Bookmark from that page, then try to capture it as a Markdown file in DEVONthink.

Not saying it couldn’t potentially be done by someone, but there’s nothing built in (especially Google data). 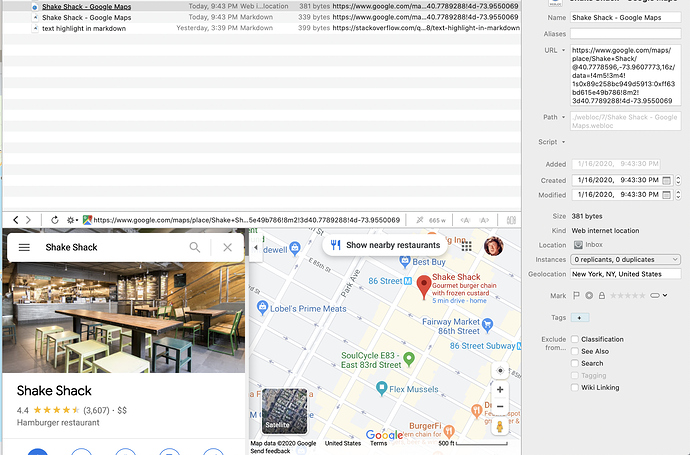 then converted in devonthink to markdown as you suggested resulting in this: 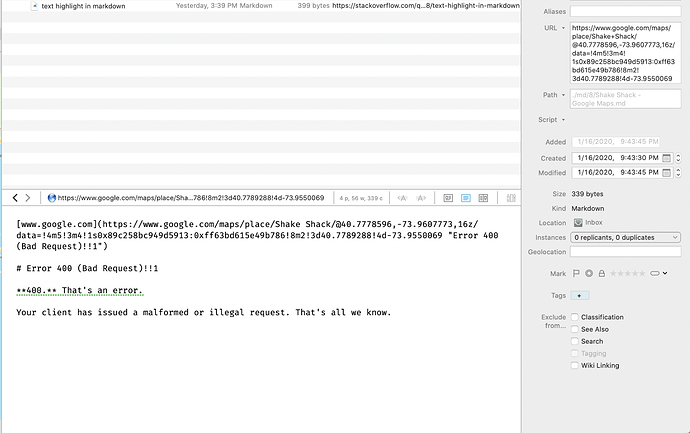 No. That’s what I was talking about when I said " No and Google is usually hands off about their data (yeah

Google controls that data and disallows access as it wants to.