Contextual features not available while searching

Hello
See Pic. I searched for “Paul Simson” as seen in the pic. There are two hits that I would like to merge. Why is it not possible to do a merge in this context?
Thanks
Kim 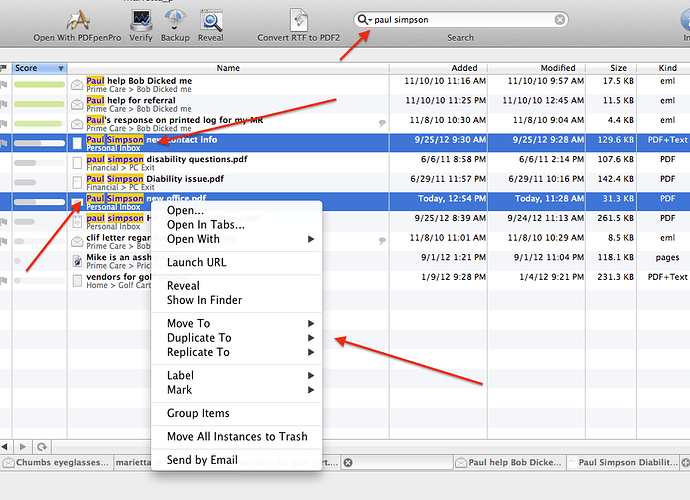 I don’t know the technical answer, but consider the practical problem.

Search shows results across all open databases. If you select two or more documents and want to merge them – then where, logically, would the merged document go?

Merge doesn’t open (as of yet) a modal window prompting for the destination.

(Yes, I realize in the window you screenshot, the documents are in the same place. Not dispositive, IMO.)

Thanks Korn
I just dragged both to the inbox, merged them and moved them back to the location I wanted in.