Although it is currently a dark mode, only the menu interface is dark mode, and the document viewer that occupies a large area does not support dark mode.

We ask that you support document mode in the document so that users can use DT3 more closely by reducing the burden on visual impairment. 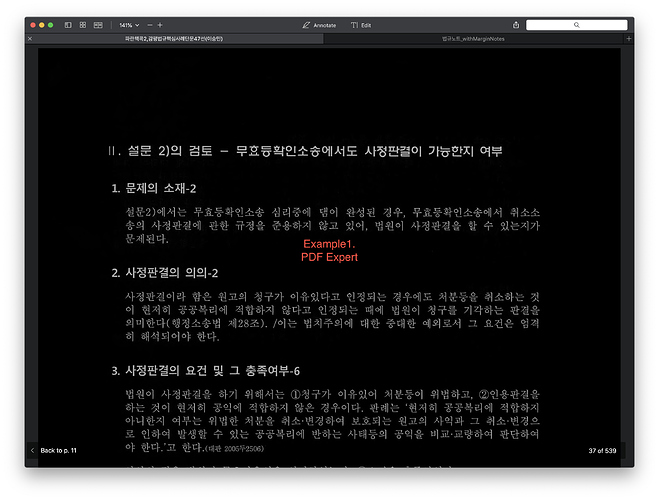 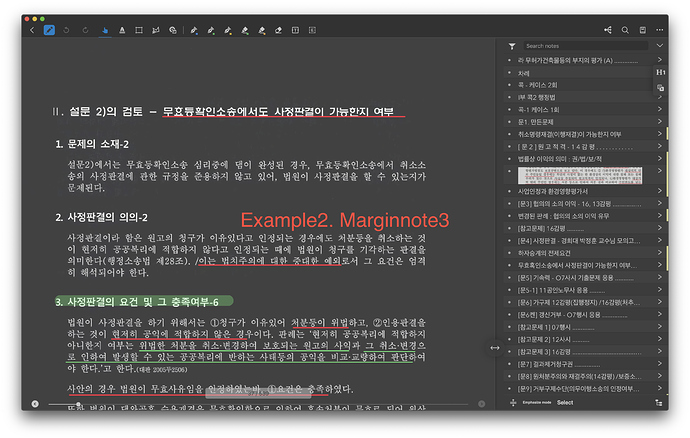 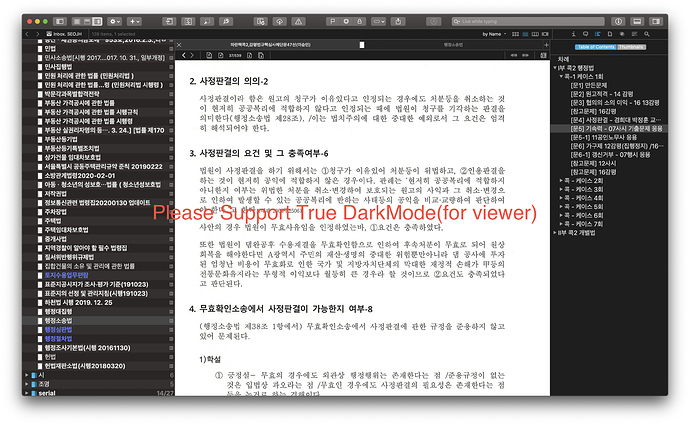 Are you able to view the same document in dark mode in other apps, such as preview?
It is my limited understanding that only a few apps support dark mode for pdf files but that doesn’t include Preview - which is the same API that DT3 is based upon?

I doubt that that’s possible. PDF is a document format which is meant to be printed (or at least it was). PDF is all about presentation. Dark mode doesn’t make sense in this context.

Whereas HTML documents (for example) are primarily structured documents that can possibly be presented in a myriad ways. That’s what style sheets are for, and you can easily define a dark, twilight or light mode for any HTML document if you’re so inclined.

Not so for PDF – there are not “styles”, all the presentation information is part of the document itself. Which is also a good thing. You would not want you PDF to be stylable like HTML, because than it might be possible to display parts of it “white on white” (or “black on black” in dark mode).

Not something one would want with possibly legally binding documents.

Isn’t it technically possible to convert a document to dark mode or sepia mode, as shown in other popular PDF programs I’ve illustrated?

It might be technically possible. Personally, I wouldn’t want any PDF viewer to change the document in any way without my say-so. PDF is meant for print. If I can’t trust the viewer to show the PDF as it has been programmed (yes, PDF is based on a programming language), I can’t trust it at all.

Acrobat Reader doesn’t use dark mode (and that is or was the gold standard for PDF display), neither does PDFPen (two more “popular PDF programs€”). So there doesn’t seem to be a clear majority in this case.

PDFExpert can do it, it doesn’t change the PDF, it just changes the view (on demand)

I would definitely vote for this feature. Even if DEVONthink just put a rendering filter to “flip” the colour, I would be happy with that.

As already mentioned, MarginNote 3 has an option to do it, and it works under the Apple PDF Render Engine. I would think it is possible. 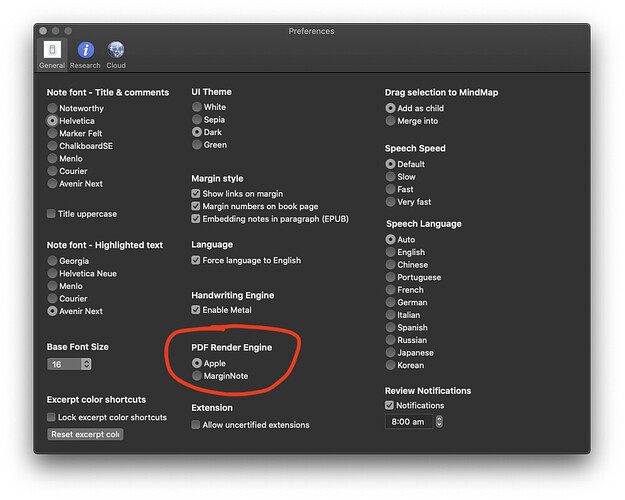