I want to download only the metadata of an almost 10gb database onto my iPhone. I bought the in app add-on, and started syncing, but realized that it’s downloading the whole database. I clicked on the INFO button of the database to change the DOWNLOAD FILES option from ALWAYS to ON DEMAND, but it’s greyed out (i.e., not clickable). How can I specify ON DEMAND before it tries to download the entire database of 9000 entries?

Thanks for your help

The best way is to set the Sync location to Download Files: On Demand before importing the database.

Thanks for your reply.

Is there another way to do this?

In DTTG2’s Settings > Sync : Edit Locations, press Edit and touch the Sync location. You can edit the setting there. This means all databases imported from this location will be set to On Demand when imported.

When I try to configure the database properties, I get the following (see screen capture) : there is no option to select ON DEMAND and I can’t figure out why not…? 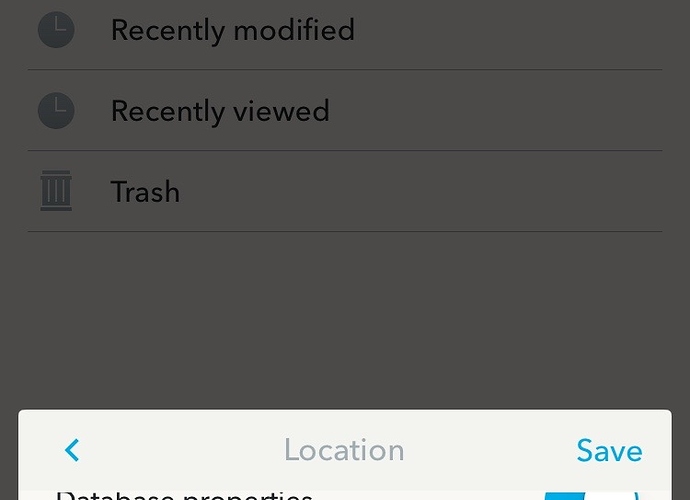 This is an abnormal screen. What version of DTTG2 are you running? It’s on the front page of the Help.

I have 2.0.3 of DTTG which I’ve reinstalled twice now, and the latest version of DT. It’s the screen I get in iOS DTTG> settings> locations> local network. (((see the image below, I cropped the previous image and re-posted it))) This is exactly what I see, as opposed to if I try to add another type of location (iCloud, for example) where I see the option to choose ON DEMAND.

It seems like this is a problem originating from OS X, but I can’t figure it out. My firewall is configured, I’m on the same WIFI network as my iPhone…

This is the exact same screen I am getting on iOS 10. I was just getting ready to post about it. I don’t have the option to download on command either. I also purchased the in app upgrade.

I contacted support citing the content of this message, and received the following response :

This might be true, but when I first noticed the problem, I hadn’t yet upgraded to iOS10. Since then, I have upgraded, but still have the same problem.

follow-up and closure to this thread: DT developers/support offered to let me test DTTG2 Version 2.0.4 and the problem with the sync screen on my iPhone has been resolved. Thanks for your help and keep up the good work!